The slave dog is pulled on its leash by Mistress Jane... This stupid dog is way too lame and Mistress Jane decides to punish him for it. Queen Hanna joins her and the girlfriends pull out their crops. They hiss through the air as Queen Hanna and Mistress Jane land them on the slave's body. The crop blows leave clear red stripes on his back... This sight motivates both of them to hit him even harder. They decide to tie him up regularly from now on in order to beat his back bright red.

ITALIAN SPEAKINGI have may slave standing and ready to receive my pleasure. His legs are astride, and his feet are chained to make sure they remain that way. His cock and balls are fully exposed, and I'm going to enjoy making him suffer for me. I am wearing a beautiful pair of designer boots, and he's going to endure the full weight of them on his nuts. I begin with a little tease to get his cock semi hard, then I quickly let him know what he's here for as I give him a few warm up kicks. I know he can take a lot, so I'm not going to mess around. I want to hear him squeal, and continue to make him feel some real pain as I drive my boots into his cock and balls. It's getting quite warm in the studio, and I decide to remove my jacket. I also have a couple pairs of shoes to hand, and decide to pull on a beautiful pair of stiletto's sandals. What a nice feeling as they allow my feet to breath. Once again I begin giving my bitch another kicking. After a while he seems to want to remain on the floor. I tell him to get up, and that he must remain standing while count a number of kicks to his hanging fruit. As I reach the end he finally falls to his knees. I dig my stiletto into his back and push him to the floor, ordering him to kiss my beautiful shoes. He's such a lucky slut to have experienced a designer ballbusting from Mistress Gaia...

Teasing you with worn dirty cotton white socks after many days cleaning my flat with them and outdoor in front of my door;) I am too busy to give you so much attention,I put make up and going to go shopping, so be useful today slave,go on your knees and worship your Goddess' socks!

Immediately right after taking their breakfast in a restaurant, the boyfriend brings the lady back to his home to get dirty, literally! As soon as she strips completely naked, he has her piss into a plastic bowl, with her full bladder, it seemed like it was going to go on forever! By the end of it, the container is more than half filled! Though, it doesnÂt end there, as a matter of fact, itÂs just the beginning! What comes next is a piece of towel laid underneath the sweetheart where she proceeds to defecate! At first, since she is still coercing herself into it, it is only a narrow and weak stream of wet feces, but it later turned into a sudden burst consequently creating a huge mound of her aromatic filth! When she is done, the man penetrates his finger into her asshole and swabs it all around inside to make sure that there is nothing left!

Punishment is necessary! This slave gets the sexy ass of Goddess Vanny pressed right into his face! She just sits down on his head and lets him pay for it! This fool ordered the wrong thing for his Mistress and she doesn't like that at all! For so much stupidity there is hard facesitting for the slave! Sometimes forwards and sometimes backwards, Goddess Vanny already finds the hardest facesitting position for her slave under her ass! She torments him until she is no longer mad at him and that takes a very long time. Until then she continues to press her ass into his loser face and sometimes he even gets her stinking feet rubbed under his nose too. This is the right punishment for him!

131352 - Alla destroys the inflatable whale with her heel.

soon after waking up and having a coffee came the urge to crap, then I woke up my slave I put him in the place he should always stay, he did not want to, he knows how stinky my first shit of the day is, but he is obedient, then of spanking the face of my pig I filled your mouth with your breakfast because that's what my doormat deserves to eat the shit of my ass, he chewed very well.

Customer Request:Voyeur Cam from our 'Buttathon 10' shoot. This video has no sound, visual only and offers a 'Voyeur Look' of the action. Filmed as a customer request. ***Please Note: The Yoogirls Version of 'Buttathon 10 Clip B' includes the Voyeur Cam after the end credits! Do not buy if you already purchased the complete version. 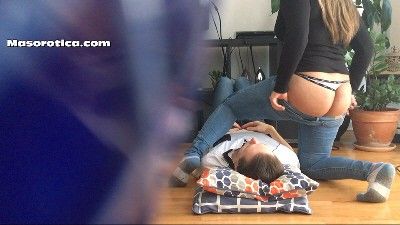 This slave is already pretty bruised up from the previous whipping - but I'm going to add a lot more bruises now! I've put on my sexy high heels and trample him brutally. The thin heels go deep into his stomach and leave behind painful marks with every step, but since he doesn't want to disappoint me, he tries his best to endure the torment. I even bounce a little on his skinny body, before I take off the heels and continue to trample him under my bare feet. But it's not really getting easier for him - since I can jump all over his bruised-up body now!

Lie down on the ground immediately! Naughty slaves are punished very hard by Goddess Vanny. She stands over you in sexy lingerie and edges her ass closer and closer to you. She presses it tight on your face and shows you what breath reduction means! Goddess Vanny takes the air away from you with her ass! That is the right punishment for you! Be careful because it she could site her awesome ass down on you any time!

A big fan sent me this beautiful fluffy frilly pink dress and I absolutely love it! Plus thereÂs matching frilly pink plastic panties which mean that even if my diaper overflows and leaks and gets messy, I can still play and bounce without getting my cute dress dirty

You know you always have to jerk off your dick when I want you to, don't you? And you also know that if I say STOP then you must STOP? We will test this today. I will ruin your orgasm! You know exactly what you're getting into but you really want to know how it feels when a goddess like me not only controls your orgasm but even ruins it! Go! You do it exactly as I instruct.

You'll never be able to stop this addiction as you beg me to increase it deeper and further. You are going into cc debt, yet can't stop paying . At this point it is impossible for you not to obey me.

My slave serves me as my living ashtray. I make him kneel down in front of me, blow the smoke in his face and, whenever it suits me, he has to swallow the ash. But it get's boring from time to time and that's when I spit in the loser's face. 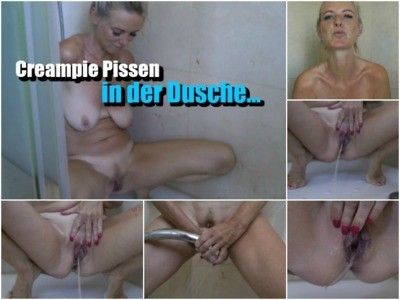