She was all wet and it runs! She craves your body close to her wet clothes. Tear her wet jeans into pieces, spanked her ... the sound of wet jeans will lead you so!

49704 - Valerie shows off her white boots lace on his workplace, sexy!

On his workplace, Valerie shows off her beautiful white boots lace them moving under her desk, she is wearing tights and a bright white and black miniskirt.She gets up to put his boots near the window .... sexy !!! 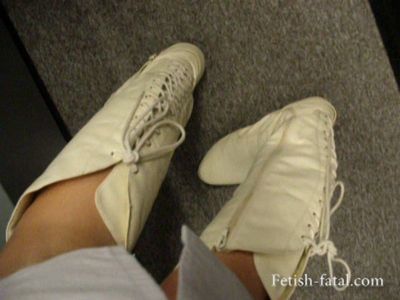 we are adding today the first clip of a brand new series with empress victoria crushing toys. as a small poor boy you may love your toy-car. its very cool you think in that blue and silver colour and you loved that a lot. until this bitchy mistress comes and destroys it with her heavy black overknee plateau boots. empress victoria is also wearing an excellent fitting black police-hat to complete this scene and she really enjoys this and laughing about you while you are in pain, when she crushes that car to pieces. and when she is through with it its only a total mess of broken plastic.... we think that these clips belong for sure to the best in crushing you can get... GERMAN LANGUAGE (but easy to understand)!

Pretty sexy for Claire driving boots brown and sticky ...... She shows off her brown boots, walking down the street, moved into his car accelerates, brakes .... sexy! BEAUTIFUL LEGS!! 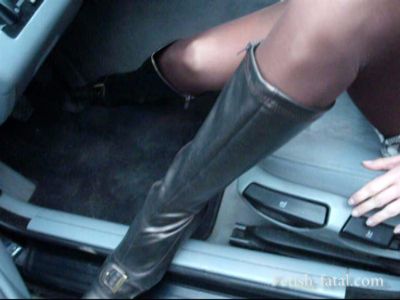 She mocks him as she pounds him under her heels, "You like working under pressure do you?". And she does pile on the pressure, spitting into his face as she makes him beg for her forgiveness.

Gorgeous Asian-American Girl Barbie is suuuuper ticklish on her feet, especially when her friend Jenn tickled her soles w/those long nails.Jenn also uses a couple tickle-toys to on Barbie. Includes part of Barbie being tied down by a rope bondage specialist. If you like cute Asian-American Girls' feet, this is for you! Amazing sole shots....

Brooke strides in to her kitchen to find him down on his hand and knees, scrubbing her floor, just as she likes it. She struts around him, enjoying looking down at him, working at her feet. Brooke really likes to tease and torment and she soon starts to find excuses to punish and humiliate. She laughs out loud as she kicks him into shape while taking pleasure from the adoring way he kisses her feet. She mocks him as she pounds him under her heels, "You like working under pressure do you?". And she does pile on the pressure, spitting into his face as she makes him beg for her forgiveness.

She mocks him as she pounds him under her heels, "You like working under pressure do you?". And she does pile on the pressure, spitting into his face as she makes him beg for her forgiveness.

Custom clip request " Can you wear a sexy bussiness outfit and black stiletto heels with sexy sheer nude pantyhose? We will have a bussiness appointment and you will tease & d*rug me ...make me become a helpless nylon addict, you nylon slave forever!!!Please i will pay anything, I love your long nylon legs!""

With her abundant jeans ass Emely is sitting down on the face of the teddy bear. She is flattening the toy with her weight. This isn't by any chance your teddy bear she is abusing like that?Well, bad luck - now it belongs to Emely, and she can treat him exactly the way she wants.

It was on a boring rainy monday afternoon when I saw Claire's following status on Facebook: -My feet are k1lling me! I really need a foot massage! She was in class from 6am to 4pm so I just couldn't resist to offer: I could give you the best foot massage ever if you come to my home! Claire couldn't say no to my offer so she rings at the door an hour later with a happy smile on her face! She heard about my foot fetish so she knows how easy it's gonna be to abuse me! She makes me lay down under that chair to really enjoy her foot massage! Claire asks me to take her boots off then completely cover my face with her sweaty blue socks! They were in her boots for fuckin' eleven hours on a rainy day! So sweaty! Instant hard-on! She rubs them all over my face while she's reading her book and ignore me! She also wants me to lick her socks as a devoted slave to her feet! Claire now wants me to take her socks off to rest her smelly barefeet in my face! -This is the best part of my day! She makes me lick the bottom of her soles and massage her ankles too! Very Hot Clip Alert!

Sexy schoolgirl in anticipation of tonight. She wants so Denis deprived of her virginity. She is very worried ... because she wants passionate sex with him. Baby pulled from the bar with his father a bottle of wine and began to drink so that the courage and sexuality before an important night of her life. But my father was home and noticed that with my daughter that something is wrong .... it hiccups and can not stop, her eyes hidden by sunglasses and it is connected as it is not said. He noticed that she was ... scolded her and put into a corner, forced to learn the history of art, that bad thoughts crept into my head. And he left ... (pretended that he left), and he was at the door and began to spy and eavesdrop. And he heard something that clearly was not ready! His daughter was talking to my girlfriend and told me about that dream so wildly fucked her Denis, that he tore up her tight pussy with your thumb and an elastic member, fondled her breasts and biting her nipples, she wants it stretched her tiny hole in the ass ... . Father is very excited and he decided not to deprive Denis her virginity and he! And went to her room ... forced to undress in front of him and make him a blowjob. I'd rather tear your pussy than this

Miss Natalia wears very high heels shoes with fabric, she is screaming the engine of his sports car and then removes his shoes. She then takes off her heels and shows off her great legs and feet are flesh-colored tights. Then she puts new polish black pumps very high heels and screaming the engine of his car. VERY VERY SEXY!! BEAUTIFUL LEGS AND FEET !!! 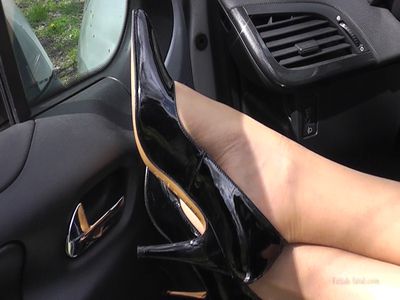 A while ago I did a clip that involved you jerking your dick while your wife or girlfriend was on the phone?and now come to think about it most of you losers are single! So today while teasing you, you will be calling mommie dearest and cumin while she is on the phone or you will end up with blue balls!!!! Ring ring :) HAHAHA

Wow! Here's another amazing clip with Sexy Mary where she just relaxes and rest with movie on the laptop! She's back from college after another long day with those pumas so why not taking them off? It seems like this loser is already in a great position to smell them! Mary remove her sneakers and just smother his face with her sweaty socks! She makes him smell her day and lick the bottom of those dirty socks! Mary just can't wait to refresh her soles so she takes her socks off to cover his face with her barefeet! She asks him to lick the bottom while watchin' her movie on the computer! For some reasons, Mary always get attention on her feet with this addicted loser! Should we blame her? 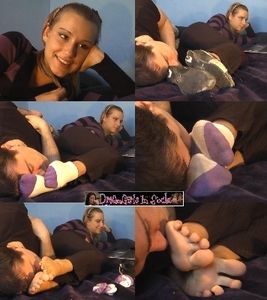 Gorgeous Asian-American Girl Barbie is suuuuper ticklish on her feet, especially when her friend Jenn tickled her soles w/those long nails.Jenn also uses a couple tickle-toys to on Barbie. Includes part of Barbie being tied down by a rope bondage specialist. If you like cute Asian-American Girls' feet, this is for you! Amazing sole shots....