Mistress isnt playing in this POV! Itâs time to eat this nice chunky load! Can you handle it! This 2 angle pov will leave you porcelain boys wanting more! Double the view, Double the DOO!

I rested on the bed in rubber boots. I`m very tired. My friend saw me and put them in position pawl. He strongly started to fuck my ass. It cheered menya.On finished me in the ass. 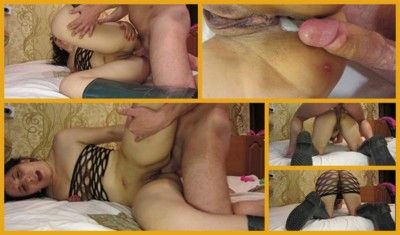 This slave dares to smile at the beginning of the clip ... let's see how long that will last! My first hard kick immediately throws him against the wall - and it doesn't get any easier after that first one. After a few kicks he goes down and I continue to torture him by trampling and jumping all over his body with my riding boots. I choke him against the wall with my boots, stand on his throat and his head - then I finally let go of him ... for now!

90425 - Christina again saddled me with her sweet ass

Christina again saddled me with her sweet ass. The day before the meeting, Kristina ate sauerkraut and sprats. From this her stomach was boiling and she often farted. She said she farts usually in the evening and at the moment of awakening. Yesterday she strongly wanted to shit, but suffered for the video. She saved this sweet pile for 2 days.

artina wearing the sexy Italy high heels from a slave is a perfect pull. Martina sits on the sofa and plays the cell phone gracefully. The slave lies at the foot of the goddess to clean the goddess's toe, sole and heel. The slave's mouth is naturally a tool to clear the mistress's high-heeled shoes, and the slave's cleaning shoes are clearly visible. The goddess excited the slave cock with his heel, and removed the shoe from the Slave Cock and irritation. Super perfect video super clear resolution: 1920X1080

Princesses Miranda and Erin.13â¦.Big pile of shit from Miranda!Miranda has been eating a lot for a few days and she also has been saving up her chocolate shit for her slave. Now she wants to take a crap. Her slave will have to eat so much shit! She is going to feed him with her chocolate nectar. For five minutes Miranda is making shit and filling the slaveâs mouth with chocolate shit. She is pushing and trying to give out all the shit that she has been saving for a few days. If you want to eat chocolate poop of Miranda, and you want Jeanne to fill your mouth with shit to make you eat it all, then this is your video!27 Miranda and Erin! Smearing Spitting scat!Gina has filled the slaveâs mouth with shit. He eats the chocolate shit of his Mistress with pleasure, even the toilet paper that she used. The slave has been waiting for a treat from his Mistress the whole day. Erin helps with her sneakers, stuffing chocolate shit in the slaveâs mouth using her legs. Today the slave has had a huge dinner!

It is a weekend and this man is in the middle of tutoring two schoolgirls. Shortly after starting, he gets bored and orders them to stand! The ladies immediately comply, apparently, they are willing to do anything the man asks of them! He takes advantage of this and proceeds to lift up their skirt and finger fuck their pussies! Eventually, he stops, but only to make the sweethearts finger fuck each other! When he gets satisfied, he orders them to end whatever theyâre doing. He then one-by-one unbuttons their top and pulls out their tits! To further give him the satisfaction of domination, he scribbles and writes all over their chest along with squeezing their tits! Eventually, he penetrates their asshole and makes them defecate! He then picks up their feces from the floor and serves it inside his mouth as well as smears it all over his face! Only stopping when he quenches his fetish!

I had a great "retweet game" with one of my slaves. He had to pay for every like, comment and retweet. My fans drained him very well. The final result was $799! I own his bank card and the PIN, so I decided to drive to the bank and get the money. My paypig knows that I am greedy, so I rounded it up to 1000 Euro. I am laughing at the ca$h machine?laughing about my paypig. He is so happy and I am, too. That?s important. I deserve it all! Who is next?

I make an use of your white t-shirt. I will clean my feet and shoes in it very precisely. They must be perfectly clean. Your t-shirt doesn`t perfect for that so I use your face and mouth. Your mouth can be used only for that. Suck my dirty soles and lick the toes. You don`t have a wet tongue? Don`t worry I spit on your stupid face and rub on it with my sexy flip flops. You are so pathetic. I use your teeth to scratch off the dirt from my heels. What do you think? All man likes to be humiliate like you and make for a personal doormat to a gorgeous girl?

I had a lot of fun in this video. My human lick my shoes and kisses my feet. He licks my asshole and swallows my huge nasty shit! He eat every piece of my smelly shit! He keeps my shit in his mouth for a long time. After that I feed him and he licks my gloves :) Did you like it, bitch? It was fun. You are stupid shit eater!

Another outdoor wetting!A young crossdresser is desperate to pee, while hes walking home late at nightHe holds himself while walking but he doesn't make it home and pees his high waist jeans 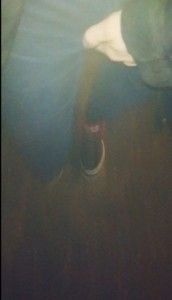 In this funny trampling POV session I wear some nice black fishnet stockings that are a gift from a tranny friend of mine. The interesting fact is that they are sooooo smelly and they give to my feet a unique strong cheesy smell! My slaves know very well that my feet have always an excellent fresh smell... so this gift was very well welcomed: finally I have stinky feet too and you will be under there!!! 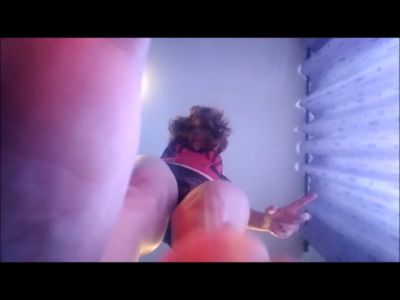 Iâll now show you my new pet - a little pig! Listen to him oinking! Isnât he a lovely little pig? He has to show himself to the camera and also stick his ass into the camera. But what was that? Did he just drool on me? Guess the piggyâs ass needs a spanking! 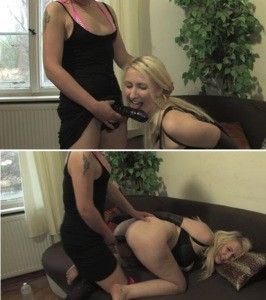 The Scatqueens Lady Kimi and Lady Domi puke in a funnel. The toilet slave only needs to suck on the delicious puke. And it does not take long until the funnel is empty again and the Scatqueens can continue puking. In the end, the slave is thrown out of the room. https://www.yezzclips.com/store598

Today, our starving slave pig does not eat a shit - instead Lady Elaysa and Lady Domi puke out and let him lick all up. We will spit in his throat and he'll get some piss from me and Domi. With this lunch offer from us, he has to manage the next days - after that he is allowed to eat shit again.