Mistress Rayven likes to roleplay and plays as if her slave is a burglar and his punishment is to eat her shit. He pleads with her not to make him eat her shit but theres no reasoning with her and he has to eat it anyways.

Pushing out a fat hard Turd for Ron . He cant get enough of my tight asshole opening for him !! I have a stinky butthole and he loves sniffing it !! I stuff a pen in my poopy ass and tell you to sniff it !

New day â new shit and new lusty experiments.This day we have decided to occupy bathroom completely and turn it into fucking shit hell. And you will see how we succeeded after watchingour new video.Shit is flying everywhere, mixed with vomit and piss. And in this dance of filth â scat couple is drowning in madnessof filthy sexual wishes. This day ship was everywhere â on the floor, on the wall, inside and outside our bodies. We fucked, we vomited, we have shitted like mad people.Watch our new filthy and extreme video and we hope you will have joy from it. Hope you will feel smell and the atmosphere we had while having this beautiful scat session.By the way we need feedback â how do you think â does our team need more men for our future scat sessions?Peace and LoveAstra&#1057;elestial teamP.S. no censorship in the video 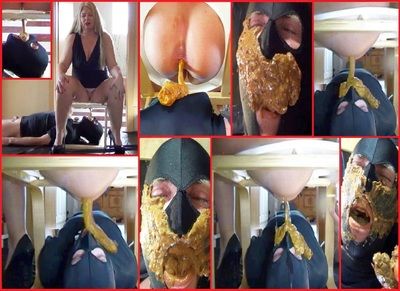 Here you can see only the hot scenes, where Contessa Calucci and I, a slave, extremely shit in the mouth as well as piss, from the 30 minute full movie: 3 Ladies and a new Living Toilet! Attention! Extrem Toilet Slavery!

ORDER: 5 minute video where you pretend to have gained some weight. You'd talk about how you can't stop packing on the pounds, and tease yourself for getting so chubby. You'd squeeze and jiggle your body, describing how much bigger and fatter it's gotten. You could say something about how none of your clothes fit anymore, and how you've turned into a chubby little pig

I'm cutting many pieces of adhesive tape (packing, brown, duct tape ecc.) with my teeth. While I'm doing this l will show my teeth sharpness and explaining how to cut the tape easely with teeth.

Touch my big round ass when Im wearing jeans.This ass looks so good, you can not even can't keep your hands to yourself.Touch me, spank me, rub my ass and pussy.

I'm with Cherie in the studio, as she asks me for a suitable toilet slave to shit in as she needs to go very urgently. Of course I got her a suitable toilet-pig. Whether or not it completely swallows the huge sausages and the piss of Miss Cherie under our supervision you can see in this video. *smile*

Christin and Lady B are wearing her special designer Boots. High Heel Boots with handmade icerunbldes unter the Heel and soles. This boots are the Nightmare for all stuff on the Floor ! Christin and Lady B. tests her new Boots on a big Doll . Both Ladys are standing on there, walk on there, kicking with her sharpness Blades and destroy the poor Doll completely.

Here you can see how 3 mistresses, piss a Trans-slave in the mouth and on the tail! The Shemale had to swallow everything from us and to lick our pussies clean! 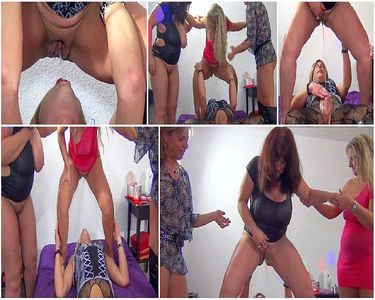 Mistress Giorgia today gives you the honor of knowing his car.With her baby she is very helpless, she hurts at the start and pulls it like never before, the engine is gridded .... are you ready?The Mistress with her fantastic jeans skirt and always accompanied by her faithful servant decides to put the tweezers to the slave nipples before she starts ... Fantastic Miss from the way of sporty driving and safe at some point takes off the shoe and thread the sock in the slave's mouth to make two accelerated to the nude foot ....

Today I submitted my personal slave to his first public humiliation. I make him lie down on a bench at the park, then, using him as a footrest, I started smoking without care of the people. Obviously my poor slave smelled my sweaty feet too, and, finally, gave me his hand as an ashtray! 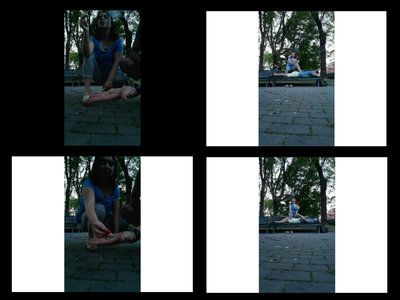 For the finale, she makes them lie down on the floor as she squats all over them. With her last ounces of strength, she ejects the remaining shit from her asshole, which they scoop and smear on her some more!

Do you want to smell my feet? - asks Candy the most obvious question, but you aren't really there to actually do it, and never will: that's her point! She puts her feet right into your face, so close you could almost smell them, but, sadly enough, you can't. She continuously teases you by wiggling her toes in front of your nose and spectacularly enjoying the smell of her own shoes and socks while pointing out, that you gonna never smell her stinky soles. She laughs at you, humiliates you and lets you yearn for her amazingly sweaty feet while never stops inhaling her own footstink

I just came back from work and I really have to pee. I didn't even took the time to remove my coat cause I know it's gonna be too late. I try to hold my bladder but just the view of the toilet makes it impossible. You can see some pee running down my leg while I'm removing my pants. I continue pissing in the toilet standing up and my ass facing you. Then I show you my wet panties and socks. I take the camera, flush the toilet and you can briefly see the pee on the floor too.