Lady Angie believes that I will fetch a slave whom she doesn?t know jet. While she has to close her eyes , instead of getting a slave out of my dungeon I am giving Veronica Moser instructions to spoil Lady Angie with her tongue. It is a perfect surprise. Lady Angie opens her eyes as the eager tongue is already in full action. Lady Angie recognises Veronica and lets it happen. I allow Veronica to give me the same treatment while I am resting on a couch. After having reached my climax I felt a pressure coming up. Actually I have been holding it up for this special occasion. But I would like to feel her warm tongue beforehand at the part of my body where my sausage will descend.

My dear friend Mistress Milana has offered to help me breaking this stupid slave My slave needs some improvement and obviously a good beating always helps. In no time at all, We have the poor boy prancing and dancing between Us. It's so amusing to watch him flinch and twist as he attempts to stay in place in mental bondage. This painful whipping shall help My slave remember that he belongs to Me, all and always.

Milena brought not g/f but some other family member - will not participate. This girl was so amazed with B2P filming idea so itâs not a surprise that she could complete punchball B2P though she blows slowly and neck holding was imperfect in spite of my instruction attempts. I have some evidence of she vaping. âThatâs not so scaring as I guessedâ. Yeah, outdoor sound with rubber relaxed by approx. 10 Celsius degrees weather is not terrific.

Candy Blade is having a rest on the sofa, while Clarissa worships her beautiful feet. She smells her socks with passion, removes them to sniff her bare soles, finally kisses and licks her soft soles with sensual love. Candy just relaxes and enjoys the pleasures of being pleased by a passionate footgirl.

Take a look at all those big colorful balloons a fan sent me - one even has a face on it :-D And now they're all going to meet my rough boot soles! One after another is deformed and then crushed under my boots and a few even have the privilege of popping under my butt! Let's get the balloon party started! This is a non-exclusive custom clip for a fan. If you want me to do a custom clip for you contact me at marissa@madamemarissa.com!

Goddess is loaing in yoga panties sexy constipated shit for 4 days, peeing, rubbing pussy and ordering you to clean her dirty asshole and some messy surprise in mouth while you clean my asshole for you good work! 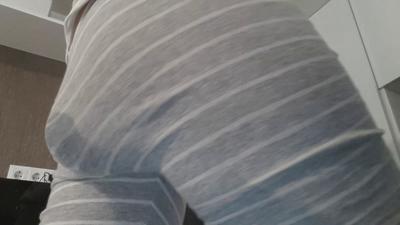 Dorothy applies lotion on her soles and massages them gently

She rubs the remnants of the noodle lunch she had earlier and then she sits on his face to make him eat her cunt. As if that weren't enough, she blows her nose and ejects snot into his fucked up face!

He is late. I'm bridging the time by toying with my cuffs, showing off my new buffalos and my sweet tiny feet and soles. Just one moment! I'm going to light up a cigarette for you... 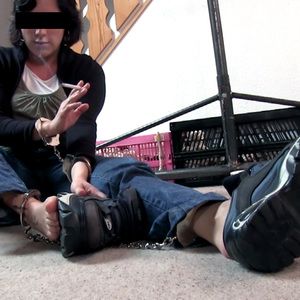 Arrived at the station and first equal fat cashed! Now you may follow me quietly! It comes to my house and then straight to the point .... undress Fettwanz! Even at the sight of the fat slave gets wet in the pants! Despite its huge or fleshy nipples he has wonderful pain! And your lust I will cast thee now first! Cock thicken until it turns blue and there you go! Kneel here down and shut your stupid face. I love it when it slaps! After each slap his gaze further down and the slave dick gets harder

2285 - Our Home Made French Kissing Video

Giantess Katelyn is so tired of your crappy noob kisses she's decided to shrink you down to show you how it's done. The goal is for you to have the most ultimate experience with her mouth so you can understand how she enjoys kissing. During the kissing lesson Katelyn, your girlfriend, is also recording everything so you can have the video for future reference. She hopes you learn even more from the video and she plans on sharing the video with her friends as well since she's been asked so much about how she kisses so good!Giantess Katelyn decides to do the video in the bathroom where she can get the best possible view of kissing for the cam via the see-through shower door. She begins by gently kissing you and arouses the passion with rough and deep kissing. By the end of the kissing session she hopes you've learned a lot and has to return you back to your normal size before she eats you... you taste so good. She promised not to harm you so she keeps that promise. Now enjoy your home made video!

Christin tortures a Guitar with her spiked Pumps. She scratches the wooden Guitar with the long, sharp thorns under her Soles and Heels. She make many deep holes in the wooden body and standing with her full body weight on it. Now she begins the pierced Guitar to crush. At the end you see close up her Pumps and the pierced pieces of the poor Guitar.

I have just returned from the stables. The long ride today has really stimulated.I do not have time even to change my clothes ... so I do a poo dressed like an Riding Mistress. You, on your knees, you must first contemplate me and then, you will have to eat all my shit and clean the soles of my boots, with which the crush it. Come on, the next time you will have to eat the shit of my horse! Bon appetit toilette. 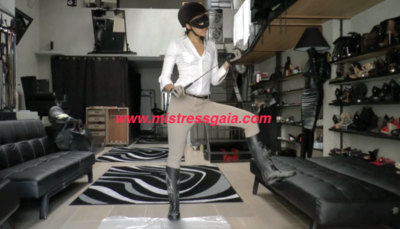 Rosie gets her revenge for the humiliation and suffering she had to take from Esther last time! Now, she is more than ready to give it all back! Since Esther is extra sensitive to foul odors, Rosie choose to smother her with her awfully stinky, week-long worn thick socks and sweaty bare soles! Her mouth hermetically taped, Esther has no chance but to inhale the sickening stink of her feet! She tries hard to free her nose, but her efforts are futile, she gets Rosie's smelly soles right in her face! There is no other option, she has to smell the strong, vinegary stink, just until Rosie wants her to!

It's not just a fantasy is it? No this is who you are a submissive you find yourself in great desire when you are on your knees. So go on get down there before you even buy this video. Some of are dominant in everyday life but not when it comes to me. You can feel your self weakening before me. This is not a humiliation clip just sensual domination.

Fetish Bitch Miss Jenna rides his face with passion. She sits like queen on him , she sits on his face and controls his breathing. She rubs her pussy on his face, she rides in ecstasy. She presses her sexy ass right on his face, so he can sniff the smell of her ass. When she allows him to breathe for a short while, he has to kiss her feet.