Since you can't be with Mistress Anfisa herself now, she will show you what she will do with you the next time you meet her. Do you see how defenceless and tied up the little plush dog lies there next to her? Mistress Anfisa's hot ass comes closer and closer to him and, finally, she sits down directly on his tiny body. Mistress Anfisa just squeezes him completely underneath her and rubs her gorgeous ass over her small, helpless victim. Can you imagine how that feels? Very soon you will experience exactly THAT yourself!

My cute little ears were so dirty and needed to be cleaned. While I cleaned them, I made some funny faces, pulled on my ears, and fingered my ear canal until I had a tiny orgasm. It felt so good.

In this video, Tatiana poses and strips in a Park and pees . Tatiana went for a walk and decided to take a walk in the Park . After a little walk in the Park, Tatiana wanted to go to the toilet , and began to look for a secluded place so that she could pee , after a while, Tatiana found such a place and was able to retire. First, Tatiana is completely naked showing you her body, Tatiana bares her Breasts, opens her dress and shows you her pussy ass, after the demonstration, Tatiana spreads her legs wide and pisses . Tatiana at any moment could see people , but Tatiana at this moment was already all the same as Tatiana really wanted to go to the toilet . After Tatiana relieved herself, Tatiana started showing off her body again and caressing her pussy . Here is such a walk turned out for Tatiana .

I just couldn't hold it anymore!!In this video, it's shot in the POV of a friend who's waiting with me for the bathroom to free up so I can pee. I drank so much water today and realllly need to pee - and kinda need to poo too!! The bathroom door isn't opening and nobody is responding from inside as you watch me get more and more desperate, trying everything to get inside and to stop myself from pissing and shitting everywhere. I start to piss uncontrollably in my panties and leggings and you can hear and see in SOAK my clothing and stream onto the floor everywhere. I'm so embarrassed but the worst of it hasn't even started!Turns out I have some bad poop that needs to come out too and can't decide if I should try to save my leggings and pull them down to poop in only my panties or hide what's happening from you.You see me try to hide what's happening and just make it worse smearing it around as my wet panties fill with shit. What should I do!!!

My slave girl at parents house is counting the days and hours wen she comes back to me and and will be again my toilet slut, opening her mouth under my ass and taking shit in it, walking around covered in shit from head to toe all day. SheÂs so bored and she canÂt help it, now sheÂs drawn to shit. She locked herself in her room, took a shit and happily smears shit on her face making mask out of shit. Patient, slut, very soon you will again find yourself under my ass and will continue to degrade and descend in dirty toilet slavery

ITALIAN SPEAKINGHere you are, slave, on your knees before me. I just need to meet your gaze to understand your fantasies, and your most hidden desires. Those desires that you have never confided to anyone. However, do not fear now slave you are in the presence of Mistress Gaia and I know perfectly well what you would like. Enjoy looking at what I ware today slave. A nice pair of black sheer stockings, and guess what I'm going to order you to do? Yes exactly!! Smell them, come on I want to feel your nose breathing between the soles of my beautiful feet. I want to hear you breathe through the toes of my feet. I know that the more smelly they are, the more you get turned on. You are only a ugly hog, and already look how that ridiculous cock is throbbing. Well, now you have twenty seconds to come you ugly asshole. Come on get busy!! Since you have been very good, you can now open your mouth as I'm going to give you a gift...

Arrogance is my middle name. Just because you like arrogant women, you're a victim. But it's because of little losers like you that I make my living, which is how I afford my luxury. Normally, you'd only be allowed to look at my shoes and take the insults. And for that, you should thank me by giving me your money. Your standards will never come close to mine. Because losers don't belong in the big leagues. Losers have to serve, pull the trigger and be happy. All right, I'm waiting for my tribute. 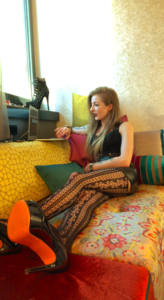 127092 - Trampling his face under converse and socks

I've locked the slave in the facetrampling box once again and start by walking over his face with my red converse sneakers. These shoes might not look that painful - but after only a few walk overs he already has the pattern imprinted into his forehead as a hematoma! I mix it up by walking over his face and standing on it in different positions. After a while I take off my sneakers and continue to walk over his face with my sweaty white socks - now he gets to experience the pain of my weight and the smell of my socks at the same time! This is a non-exclusive custom clip for a fan. If you want me to do a custom clip for you, send me an email to marissa@madamemarissa.com!

IÂm wearing a silk shirt. I donÂt wear underwear. I turn my back and write in a large bowl. it is very loud. my legs are wide open. I am writing in a strong stream. this is seen in close up. 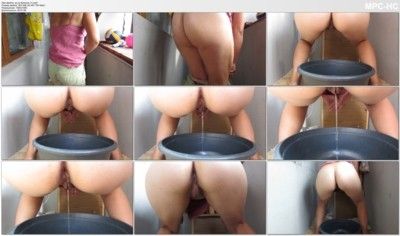 Get on your knees, slave, and watch what I'm going to prepare for you - two slices of bread on the floor, next to my sexy boots. I'll start by stepping on the bread and cleaning my boot soles on it - and then start spitting all over your food! I'll smoke a cigarette while I prepare your meal - and also use your bread as an ashtray. This will be a really disgusting meal - bread soaked with my spit, covered in dirt and ashes, crushed under my boot soles - just perfect for a loser like you! Of course, I'll also add my cigarette butt to your meal and crush it under my boot soles - and you'll eat it all! I know I own you and I can do with you whatever I want - and I know you'll feel honored eating this disgusting meal! This is a non-exclusive custom clip for a fan. If you want me to do a custom clip for you, send me an email to marissa@madamemarissa.com!

Happy Birthday Balloons for Cashcow. For you, my ass shaking dance and blowing balloons with high heels boots. From you - Tribute!

For you urge-driven wanker it's time again to master one of my nasty homewrecking tasks. Your horniness, your homewrecking addiction ****** you to do it. I make you do it. The addiction spiral is calling for you and you will spend the whole day edging your loser cock, giving yourself over to your urge and risking your marriage.