Allison needs to relax after another long day at work so she uses this Human Thing on the couch to rest and read her Favorite Magazine! She explains to him how does her sneakers hurt really bad so she just take them off to rest her Sweaty Soaked Feet on his Face! She doesn't really pay attention about the fact that he's forced to breathe in her Sweaty Socks and ask for a Foot Massage on Top of it! Allison tells him how she love to rest her feet on his face especially after a long day with her shoes so she takes her socks off to cover his face again with her Naked Bare Feet! He just obey and serve as a Seat and a Footstool while Princess Allison is reading her Magazine! She also wants him to stick his Dirty Tongue out in Case of Need!

Megan dropped by to have me lick the bottoms of her gold party heels! "Are they really dirty? Good! That's why I brought them to you, to get them cleaned!" she said. Most of the time she just studied and ignored me! "Are you cleaning it good? Are you sure?" she asked making sure I did a proper job. Her heels were so filthy at the bottoms! She's been everywhere with these shoes! She wore them downtown to nightclubs, in the nightclub washrooms, streets and alleyways, everywhere! They looked like they stepped on a few cigarette butts too! They were black underneath and tasted like ash! Gross!

After a while she inspected my work and wasn't satisfied with the results! No matter how long or hard I licked I just couldn't get the black scuffs off the bottoms! They were just too worn out! That didn't matter to her though! "You didn't do a good job so now I'm going to make you do a good job! she said stepping all over my face with her heels, making me lick the bottoms all over again! 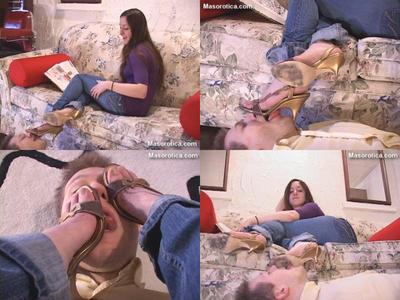 suppose you are wondering where you are?Now I should explain that this is the Relationship Destruction Centre.Still wana stay or u prefere leave my room?Perhaps my sexy leather outfit cautch you attention??Already getting hard and vulerable watching my sexy leather body?To late to step back, leather boy,you will lose your sperm and your girl friend...so easy to control your orgasm and your weak mind... your are fuck it up !!Just try to keep your control** this is waste of time .U have such a big obsession for leather, impossiblle to resist!Keep going,wank it like a manic!!!! you know you cant fight against your leather obsession***

There are some pralines on the floor. I walk over them with my high heel boots. Later on I am just standing on the chocolate while playing around with my mobile phone. While writing a short message you will se me spit several times on the chocolate. At the end I jump on the package until it gets totally flattended.

A young private school french girl takes a seat in retarded boy's chair to get her shoe bottoms cleaned by tongue! She heard about the boy at school and wanted to see what all the fuss was about!

She awaits her 'shoe shine' with cell phone in hand! As soon as he starts licking she begins clicking away! "Hey what are you doing!?" the boy asks! The girl laughs and replies that she's taking pictures to show her friends! She can't believe this thing actually licks shoe bottoms for a living! Gross! She says she's sure her friends will enjoy having their shoes cleaned as well! Her phone makes another zapping sound as it snaps another picture! She can't wait to post the photos on facebook!

She looks down at him laughing as he complains and whines while licking her shoes. She doesn't speak his 'retarded english' language so she doesn't understand a word he says! While she leans forward to take another close-up picture of his face down under licking her filthy shoe bottoms! To think her shoes have been everywhere from the school washrooms, to shopping downtown with her friends, then straight to his tongue! She continues taking photos amazed at what a retard has to do just to get by in life! 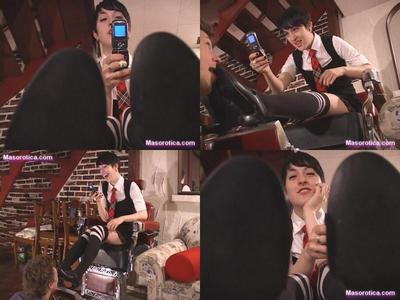 So, my boys, you wanna see my sexy pouty lips again? Here they are - coated in red lipstick and sooo sexy again. Looking like juicy pussy lips. You wish you could taste them;) 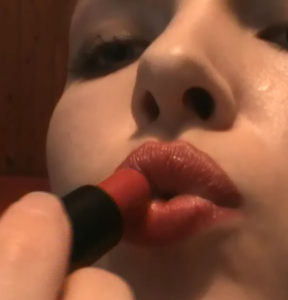 Yet another gorgeous college student who answered retarded boy's craigslist ad! The way she looks on with fascination as he licks the bottom of her heels is priceless! This student has a sweet smile and beautiful high heels! 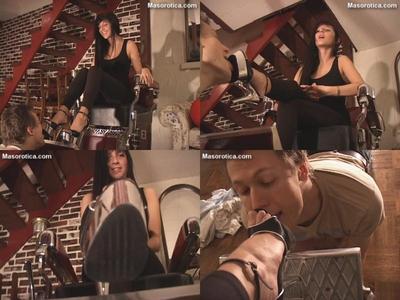 "Hey Walter! I have something for you!" Kate says barging in! She seems excited to show him something! "Look! I have my friends panties! They're used!" she says showing them off to the camera! Apparently her friend is hot too!

"I'm going to wear them! And I want you to sniff them ok?" she says slipping them on inside out so he gets the 'used' side in his face!

Once Kate has them on Walter drops to his knees behind her and begins sniffing the backside of her friends used panties! Kate asks if they smell used and what he thinks her friend looks like! Walter actually manages to guess her age and hair color just by sniffing the panties...pretty freaky lol

"Jesus Walter! You're a scavenger!" Kate says giggling at the way Walter's shoving his face way up her butt! "K, stop! She wants me to sit on your face with them!" Kate says walking towards the camera to change the angle!

Kate sits on his face so that the crotch of her friend's panties are right over his mouth and nose! She grabs hold of the camera after to film it from her (POV) point of view! "I can't hear you breathing! Sniff it in! This is a once in a lifetime chance! Hot girl's panties!" she says encouraging him to sniff harder! "That was hot!" she says approving his hard sniffs! She'll be sending a copy of the footage to her friend as soon as they're done!

SPECIAL THANKS TO KATE'S FRIEND FOR LENDING US A PAIR OF HER 'USED' PANTIES IN EXCHANGE FOR A COPY OF THIS CLIP! I'M SURE SHE'S GOING TO LAUGH HER ASS OFF WHEN SHE SEES IT! 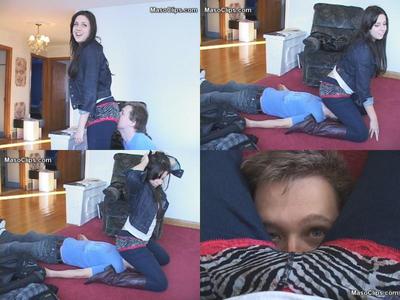 you know we are the most popular girls on campus.And we get an A every day from our teacher, but we have plenty time for shooping and clubbing.How this??hahahhhaManipulate weak losers like you, submissive toy!!We have plenty homeworks for you today.No mistake!!!! Just look what you get , pathetic wanker!!Buy this clip and you will see out treat after you will finish our homework/Now at work ,loser!College girls rocks!!!!

Imagine...YOU are studying..."well...today work-technology is on the education plan. now lets test, what YOU have already learned..." next she is reading some phrase of the book..."well...how is this text continuing? YOU should have learned this, not?" but of course YOU havent as a lazy slave YOU are...well well... some times are simply in the institution of correction here. bad learnings - hard punishment is the simple rule. and so katharina will do. using a heavy dragon cane she will punish YOU for every single mistake YOU made...and of course YOU made lots... katharina really enjoys this. its an absolute pleasure for her and clearly visible, that she enjoys to punish YOU and give YOU a sadistic lecturing YOU wont forget...as YOU wont forget the welts on YOUR bottom... excellent clip of virtual domination 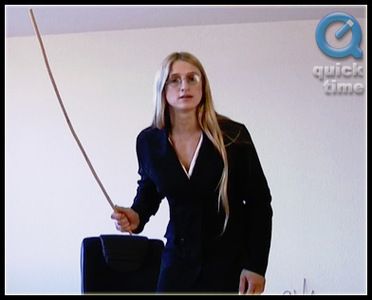 So you counnt stay away from ME, dont you?Im like a drug for you, so dangerous but so good...keel on the floor , pathetic worm and focus to my perfection! this killer body gona mindfuck you in 2011!! Im the air that you breath, Im the only one who givea meaning to your pathetic life, you cant live without me . I own your cock, your weak mind. your entire life, Now kneel and wank MY cock.I want MY sack heavy full!!Get usefull loser!!!!

Here's Young and Mean Krystal debut where she just take pleasure and advantage to bother this loser with her feet! She's planning to go out tonight so she wants her boots cleaned! She makes him lick and shine all the filthy dirt at the bottom with his tongue while relaxing and smoking a cigarette! Krystal just can't stop laughing by watching his tongue turn into black! What a Stupid Freak!

You do not get enough of me?Me neither! :) Here's a video of me in BMW-Cabrio! I love cars! You too right? ... This combination - Lady Gold in a nice car! What more could you want?

The forced smothering continues! By the end of the clip the poor girl couldn't take anymore and she was struggling to push Emma off her face and neck! Her little hands and small arms weren't enough to push Emma's bum off her face! Emma just wouldn't get off and remain seated right till the very end! We had to stop rolling the camera for her to get off! The series grows hotter after each clip! 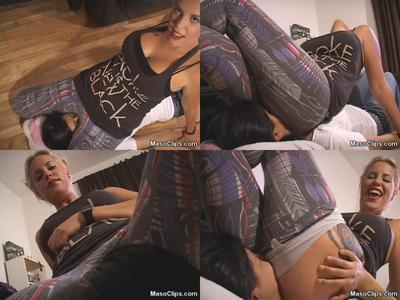 Two leather bitch ruin your orgasm today-Goddess Celine and Devious queen.Lucky or unlucky?Double leather tease today!!To hard to resist ; just impossible to control your pathetic cock, but you will do everything we say, becouse we control this game , leather addict !Just look at you!!so pathetic wanking your worthless cock!!!Kneel for us and Edge , EDGE , EDGE thinking to our wet leather pussy!!!!

Victoria wants to show you what does her feet look like after a long day at college. She's exhausted but she wants your attention here. She already knows about your Foot Fetish and how you'd luv to jerk at her feet! They're all Warm & Stinky! She takes off her Pumas to let you take a deep breathe inside to give you a tease! She rubs her Sweaty Socks All Over Your Face after 8 hours in her shoes...Don't be shy! Take another deep breathe! She removes her socks to show her Perfect Soles...She'd luv to see your Cock right in between her feet but she's not confortable with Small Size...You think you can please her?

Christin crush 15 Cars under her heavy Boots. She walk simply over it , again and again, grind the Cars on the Graund with her rough Soles. She jump on ther with both Feet, makes the Cars totaly flat under her Boots.

27395 - Tiffany wants you to buy her stinky socks and shoes

Tiffany gives you the opportunity to have the smell of her feet right in your nose! She wants you to buy her dirty, smelly pair of converses, worn for years and years. She also wants you to buy the stinky socks she wore for days with these shoes. She starts by teasing you with her shoes on, then take them off to show you her stinky pink socks and then wiggles her sweet toes in front of your face.Don't miss this oppurtiny, I can tell you that her footwears are very, very smelly... You'll love it!

Josie is laying on the couch reading a book. The rubber flip flops are dangling and falling off her very small feet (size 35-36). She teases us moving her soles on our face and playing with her sandals. 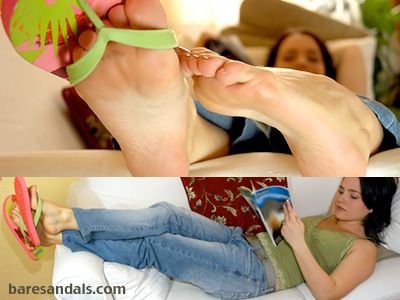