Come to me my little loser! I will teach you how to blow this big dick! This is really tasty look how deep it'll be in my mouth! Now it's your turn! You will lick my dick! Suck it like i showed you before! Deeper and deeper i say! I wanna fuck your mouth you little loser! You have to lick my balls, too! I stand up and you have to sit down! I will fuck you hard and you have to lick my spit from my hard dick!

AFwrestling.com - Chadam decided that he was going to suntan on his floating island in the pool. Hailey wanted to use it and chadam refused. To his durprise, Hailey jumped onto the floating island with him, and proceeded to slam her ass into his face. From there the beating continued, with Hailey smothering chadam almost into dreamland. Switching from forward to reverse facesits, chadam was barely able to catch a breath, and at the end, was brought to give up and was thrown into the pool. Hailey reigned victorious and flaoted away on her island. 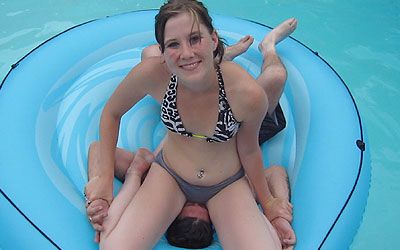 Our living ottoman is out of luck today. We do not like his look, and also we have no desire to run to the loo. Instead, we simply use his face as a toilet.I have a shit and Miss Jane pisses him in the mouth. What goes wrong, he must lick from the ground with his tongue. To motivate him a little bit, we trample around on him.

I'm totally into trampling, did you know that? I love the power over my pathetic victims when they are laying on the ground, offering their bodies to be my personal doormats. I love it when they scream and cry in pain and when they suffer for me. You can actually see me extremely trampling one of those guys in this clip. I really jump on his chest with my full body weight. His only solace should be the fact that he is able to see my bare feet! He's also allowed to feel them as I walk over his entire body. The funny thing is: The more I punish and hurt those faggots, the more they like it - it's like every cry means: PLEASE, CONTINUE, PLEASE - hahaha ... Isn't that disgusting? But well - everybody should know his place, even if it's down under my feet.

43196 - Tied up slave nipple tortured and tiny dick jerk off!

I'm in the kitchen, sitting on a chair and having a glas of ice tea. There are some pieces of soft cheese on the floor. I step on them with my black Buffalo high heels. Hmmmmm :)

Here's Young and Mean Krystal debut where she just take pleasure and advantage to bother this loser with her feet! She's planning to go out tonight so she wants her boots cleaned! She makes him lick and shine all the filthy dirt at the bottom with his tongue while relaxing and smoking a cigarette! Krystal just can't stop laughing by watching his tongue turn into black! What a Stupid Freak!

After a long night of dancing at the club, Missy makes you smell her sweaty disgusting stripper shoes. She wants you to lick every inch of her dirty feet and suck on each little piggie. Be a good slave boy and do as she says! 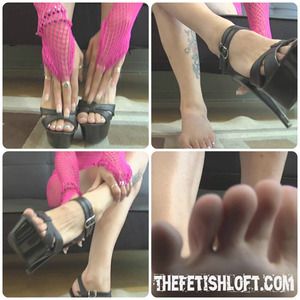 Viola urinate in different places and in different positions and she intestines empty. In which she push out her thick, hot shit from her rosettes. Pretty faces with shit spots. 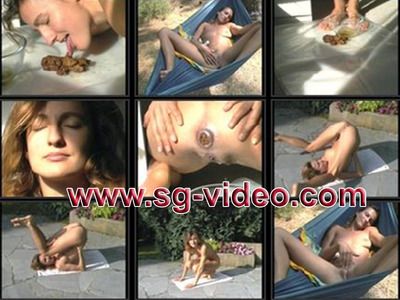 This tiny guy was shrunken by Janine and he never expected what she's going to do to him now! His whole body will be covered by her spit and Janine won't stop anytime soon!

The preparation of the champagne breakfast for the slave of the Lady Mandy Live, where the slave has my fresh Champagne then completely to drink from the Glass 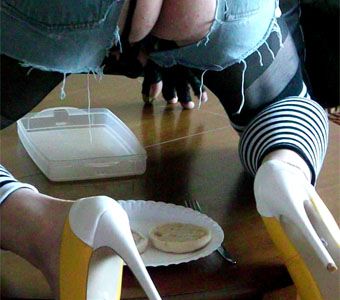 Me and my friend Lena having a smoke break in the outdoors. After we finished our cigarettes we crush the stubs under our shoes! 3:21 minutes of sexy smoking!

Crass!Wow, what I found out about your marriage bitch .... Your nerves are intended stretched to breaking, right? * fg * Purchase the clip and I solve the mystery!

Amely wants to go out tonight and has to put on some make up - but she doesn't plan to just sit on the armchair so she instructs her slave to lie down on the floor and places the armchair on his body. Now she just sits down and puts on her make up while the slave has to endure her weight!

Nanalou finds a scrap-heap in the desert of Lanzarote. She?s wearing a very special metal dress with wholes. Around the ankle she?s wearing some bands with metal parts. And of course, not forget to tell you she has a piercing as well. She walks around the car-wreck showing her body, hoping you get exiting. Imagine ?you and her together? at this place in the desert. You can see there is nobody else around. She can scream on your dick as much as you want. No irritating neighbors who grumble because there is too much noise. You will love it?? 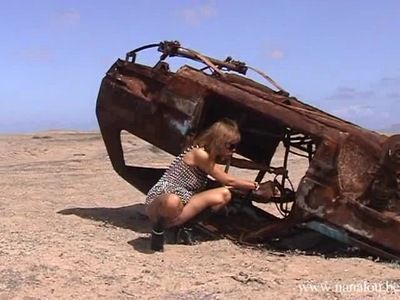 Crushgirl Naomi crush a working Train under her sweet Sneakers. She step on it, grind it on the ground,jump on it.The crues soles fro her sneakers makes a good work.

Second part of this long video, this clip is during other 29 minutes, you can see my slave eat my shit, drink my pee i do directly into his mouth and other tortures! After he can delight and you can do the same looking and listening me! 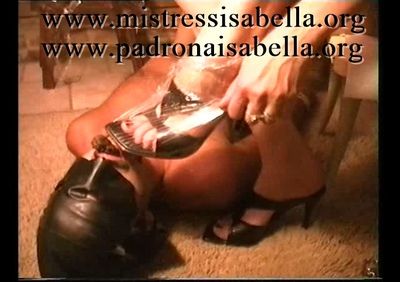 My day on the loser! Nobody could help this worthless slave! Watch him crying while I trample on his hand and on him! Haha, that's so funny---to me of course! I abuse this little jerk!