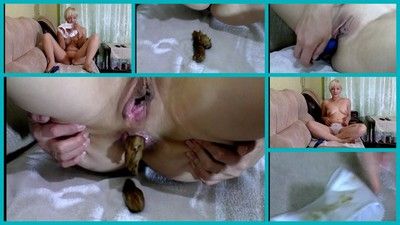 After taking an adequate number of sperm samples Miss Dr. Fox is quite satisfied with the results. But as the test-slave is already longing to take another swallow, the subjects have to fill the cups another time. After all the ball-juice has its price these days, so Linda does her best and offers practical assistance. In no time she's back sucking dicks and patting balls to milk the subjects for every single drop of the precious testing liquid... 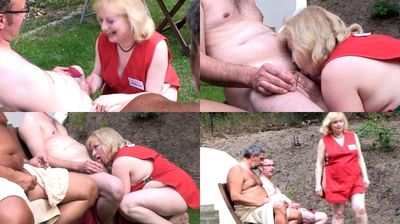 Lady B . make a sweet meal for her Slave . The crush three chocolateboards with her used office Pumps . After she do the crushed chocolate in a box for her.

You know how much I love teasing and hurting my little sissy gurl with clothespins while I make her jerk off over and over and over again. After weeks of chastity I'm making her jerk and stroke and cum all over her own face for me! And then punishing her by making her stroke and stroke even more. Hahaha. I love watching her twitch and beg as I put clothespins all over her little clitty and balls. While I stand directly over her face and tease her while she looks right up my little school girl skirt. Watch me laugh as I tease, deny, and torment my sweet sissy again.

Pamela likes to show you her hot and sexy body. She starts stripping in the bathroom, standing in the middle of the bathtub. But she knows what you really like: Watching her pissing just for you! So she starts peeing right into the tub. And at the end she takes a shower

This might just be my new favorite farting video and possibly yours! A variety of angles and a variety of LOTS of farts from loud to squeaky to wet and nasty. This hot outfit helps too.

1.In the morning the girls wanted to go to the toilet. The slave already waits in his place, tethered and ready. At first he gets a portion of poo-poo from the first princess Erin, then she goes to sleep. And instead of her, the other princess Mia wakes up and enjoys her slave toilet, which takes everything upon himself. He suffers and mumbles while his face is being filled with shit.2.The sleazeball did not deserve anything but shit. Two happy Mistresses tied up the slave and trained him properly. His next punishment: to get more shit, humiliation. Girls smear their âdeliciousâ shit over the slave's face, spit thereon and laugh. The slave tolerates these humiliations, because he has nowhere to go, he is bound, immobilized and he will not dare to do anything against their will. The girls sit on his face, strangling with their booties and enjoy it very much. 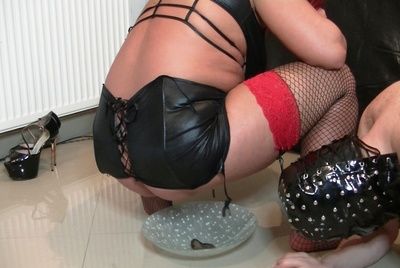 Everyone knows the meaning of the word Foot Bath... it's a useful treatment for tired, sweaty or dry feet (a bath for cleansing, warming, soothing, or disinfecting the feet). Consequently, it's not so hard to guess what the word Ass Bath could mean :). Alessia feels a persistent itch around the anus... maybe the last time she didn't washed it sufficiently. So, she takes off her pants (and underpants) and begins to wash her magnificent ass with great care in a basin containing mineral water (Ferrarelle mineral water for an ass bath? How many vices beautiful Alessia! :). Having finished the ass cleaning operation, Alessia hands the basin full of dirty water to a toilet slave, who bets to be able to taste the odd beverage. To make it even more revolting Alessia spits (saliva and catarrh 'cause Alessia had the flu that day) in the same bowl of the infamous ass bath. Can our actor drink all without throwing up? Will he be able to do it for ItalScat fans?

We were lacking a really dirty, soiled foot cleaning video with a female victim for a long time, our young model Dorothy volunteered to solve this problem! We headed into the woods right away, had a nice little walk before she got on her knees and licked Clarissa's extremely dirty soles clean. Even her nose became totally muddy, and her tongue...well, no words to describe :)

Lady Victoria has her maid at home. She shows how she treats her maid. The real cleaning maid serves and obeys. Lady Victoria puts on her shoes, and makes the maid realize in which way she has to serve the next time here and spits her a few times into the mouth, so the servants and maids simply obey better.

I need a slave for my new thigh boots ! You feel capable of facing my knocks without ejaculating ? You can find my boots in other adventures... Video with many knocks, bootjob, crush genitals... 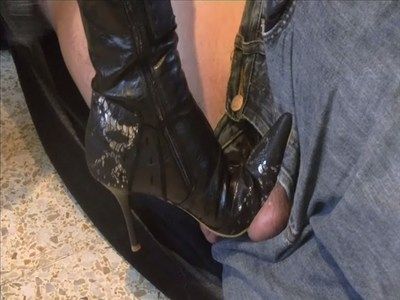 After a full evening on the prowl and endless amounts of flirting I have found my prey. A cocky arrogant rich young man that has no idea what he is in for. I have promised him the kinkiest naughtiest night of his life and we shall have company ;-) my hot brunette accomplice Charley. After a lot of teasing I finally manage to get him tied to the bed, it takes a bit of work but a flash of my perfect cleavage and hes practically begging me to tie him spread eagle to the bed. Not so keen on being gagged I call charley into the bedroom, dressed in a low cut teddy and hot black hold ups, his jaw drops and I gag his mouth with one of my stockings. Finally we have this stupid man tied and gagged leaving us free to take all his money, car and belongings. But just leaving him would be no fun what better way to rub salt into his wounds than too tease him and show him a little of what was promised. Charley takes her huge G cup tits from her top and I cant resist kissing them and licking her nipples having this helpless guy watching us only makes me feel more and more horny and I start to kiss charleys perfect lips. Sat either side of the fool we continue to kiss and play with each other getting hotter and wetter , just as it starts to get really heated we both slide over his helpless body grab his wallet and wish him good night. Danielle Maye xxx

Mia is the most beautiful model of our studio. She is fond of humilating men and loves turning them into her slaves.Today she goofs on her slave. He stands on his knees with a plate. The Mistress places a lot of shit on the plate.The slave licks her ass. And now Mia spreads tasty shit over the slave's face. She pushes it in his mouth, spreads it with her feet over his lips, and makes him to lick her feet.

I've made this loser into my personal chair - but he's going to be of much more use today. I spit into his mouth and light up a cigarette while sitting on him. Then I use his gob as my ashtray and spit into it a lot more. Of course he has to swallow the disgusting mix of spit and ash - while I enjoy my comfortable human seat!

After a slave has been previously beaten hard by the Dangerous Girls (Video: The lesson under www.dangerous-girls.com), Miss Cheria already checked his usability as a full toilet. Now Miss Jane is on the way and will shit and piss in his mouth. On this one day, it is already his third encounter with his mistresses, until he was beaten, then used by Miss Cherie as a full toilet and now still Miss Jane is about to use him. But to his surprise, Miss Cherie is back again, she has to pee again and thus he now has to swallow the golden shower of two girls. Something nasty Miss Jane has planned for him, she shits a thick sausage on his burger and feeds him. Afterwards, his skull is again under Miss Jane, she was not finished with her toileting. The rest of her caviar, she shits directly into his mouth and advises him to swallow everything. In between, the girls amuse still with various painful games since rushing for a whip on him down, on the other hand Miss Jane is mercilessly with high heels on his skull and enjoys his pain.

Watch this rich guy from LA playing shitgames with young blonde girls... they eat shit, and he eats their shit... sweet 18-20 year old girls in action!! 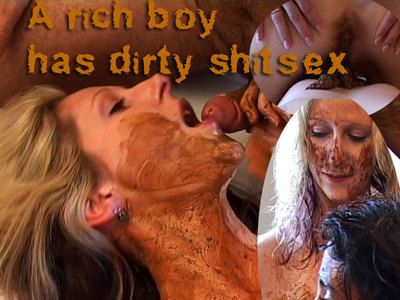