Kate introduces Emma to trampling for the first time! Both girls step up on the skinny boy laughing and giggling as he struggles to breathe beneath their combined weight!

The girls joke about him having a boner, even though he didn't it was just his shorts. The girls bounce over his stomach causing him to groan and moan! Emma makes an introduction while standing on Walter! The girls taunt and laugh at him while squishing him!

"Choke him with your feet! Make sure he can't breathe! Lets See how long it takes before he passes out!" Kate tells Emma! Walter requests a close-up! As Kate goes to unhook the camera Emma remains standing on Walter laughing!

"Choke him!" Kate tells her again as she moves in for a close-up! "Now lets watch him turn all red!" Kate says! "Are you still breathing?" Emma asks making sure he can't breathe as she chokes him beneath her feet!

The girls comment on how ugly he is and how pretty they are! Kate kicks Walter in the head a few times while filming Emma as she tramples him! Emma gives him a few kick and stomps too, laughing at the hollow sound his empty head makes! "Did you hear that? It's like wood! There's nothing in there!" Kate says as the girls stomp and kick his head laughing!

"Put your feet in his mouth! Just stick it in!" Kate tells Emma! "Do they taste good?" Emma asks laughing as she remains standing on him while shoving her toes in his mouth! Emma has cool multi colored nail polish and the girls want to know if her toes taste like the skittles candy rainbow! 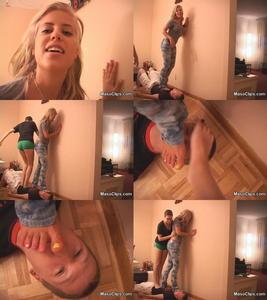 Megan & Nicole have decided that this loser needs Discipline.. They make him stand in the middle of the room with his legs spread wide apart & tell him NOT to fall down.. WHILE they BOTH Proceed to kick him in the balls HARD with their sexy boots OVER & OVER AGAIN - til they are Satisfied with the Amount of Damage they've caused!

Sugar Babes Lexi & April might be young but They're smart; They know guys think w/Their dicks. They're partying out of town for the weekend in a hotel rented by a sugar daddy-slave, drinking drinks bought by & paid for by - you guessed it - same guy! Even smoking some smoke paid for AND delivered by the same dumbass. The great thing is Lexi is just as snobby & rude as She is hot. If you want Their feet in your face, you have to pay to play!

Paul has a dream ! Paul loves his mistress! However, for he must prove worthy slaves and earn a lot of money for them ! So Paul decides to be trained as a TV whore. He learns in lingerie sexy look , to walk in high heels to endure pain like a woman. The three Domians do their best to make the initially very reluctant Slaven a real TV whore . Their efforts have paid off ? 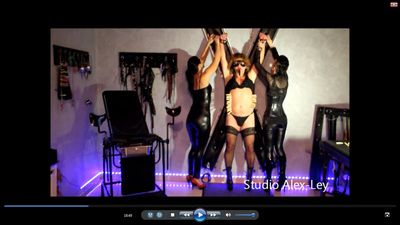 3 words that you never wanted to hear have just swept across your ear way- "You Are Fired!" Hahaha I have no more use for you and when I have no more use for little minions like yourself...well then, theres no reason for me to keep you around now- is there?!!?!?!? However, I will give you 3 seconds to give me one good reason why I should keep you...3....2....

Xana is taking kickboxing classes & decides to teach Megan how to kick & punch by practicing on Joe! Poor Joe's in for a severe beating today. These two super hot goddesses decide to use his nuts as a punching bag! First both girls are stretching out before Joe walks in the room - that alone could make you blow your load! Then Joe walks in & it's all over for him because they start punching him in the nuts! Xana is such a great instructor! She punches him in the balls so hard & so many times to teach Megan how to punch properly. Unfortunately for Joe Megan is a pretty fast learner. Megan seems to really enjoy doing super hard uppercuts to his groin! Xana demonstrates proper stretching techniques by bracing her foot on his nuts & leaning into to them full weight - crunching his jewels with each stretch! Xana decides to show Megan some great side kicking techniques by slamming her sneaker into his nuts at full power! Xana is kicking him in the balls super hard - dropping him to the floor! Now it's Megan's turn. They're not done yet - their workout has just begun! 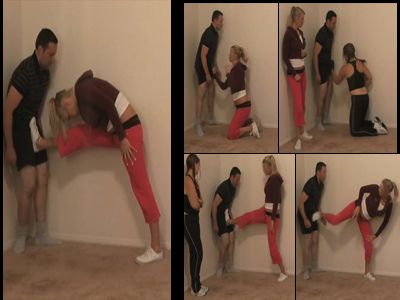 Mature Lady Tanja facesits her boy toy in tight hard jeans. She tries different positions until she finds the perfect position which is unfortunately the most painful and most smothering position for the slave - bad luck!

Amber is teaching Star about the art of discipline and she calls in her bad boy that needs to be punished. She talks about technique and it makes your head spin. Amber and Start Star out with bare handed spanking, one cheek and then the other, over and over again Slowly building tempo and intensity. rubbing the flesh in between several spanks. Amber Makes that bottom red, his ass cheeks turn red. Amber's knnes are right underneath you, righ tin your face, helpless, ready to be punished, both of them tell you in great detail about the nature of your situation, and how you could be seriously hurt. But Amber doesn't care about that she just wants to punish you, Bare handed spanking followed by a sexy red hair brush, Amber has beautiful long hair. a wooden slotted spatula bent over her knee the ass cheeks bounce as thinks it's so cute to use her hair brush on your bare bottom. spanks and over.

A young guy sent a slave application to mature Mistress Tanja. She invites him to give him a try. After he told her that he has no real expirience she starts with some face slapping before she continues to having her feet worshipped and spanking his his ass with a thin stick.

Nika has finally had enough of Miranda! She is very dominant and now throws the Asian girl around! Then she throws her down on the chair and sits down with her jeans ass on her face! Now she rides Miranda's face, hard and powerful! Then she turns around and presses her face against her jeans pussy! Afterwards there are a few more kicks for Miranda, and then Nika puts a kiss on her mouth! Now Nika wants to lick the jeans pussy of the sweet Asian girl!

This is adriana's First trample and human couch experiences previously unreleased. Not an action packed clip and really not much talking in this one. There is one part where she steps on my arms with both feet which may interest some. Suitable for the 'amateur' fans who love to see FIRST EXPERIENCES captured on video. Not recommended otherwise. 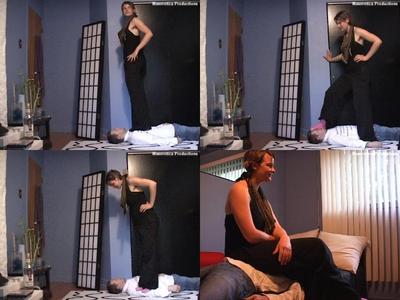 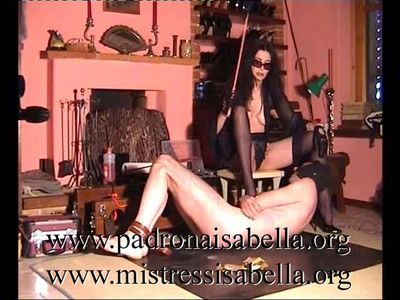 So there you are again? Are you ready to serve me again? Opening your ugly mouth wide and ready to swallow the cigarette ash? Of course I'll not just use you as my human ashtray - I'll also humiliate you for being such a pathetic sick fuck with an even more pathetic little dick! Haha! 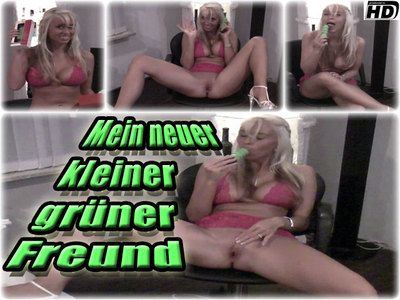 Adele urinate in different places and in different positions and she intestines empty. In which she push out her thick, hot shit from her rosettes. Pretty faces with shit spots. 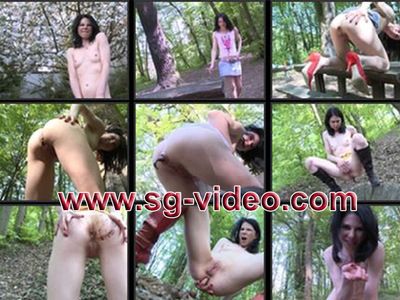 Today, Mistress Lea is angry, she beat the slave hardly with its old sneakers, she stomp him hardly, stand on his throat, kick him viciously in the stomach, trample his balls, crush its and without any pity.

A German trash bin - that's what you are! My trash my worthier than your stupid life! Here I will show you how pathetic you are! Loser! You are worthless!

If every time you see pretty girls driving you wish they would use your cock & balls as a gas pedal - you will absolutely love this clip! Joe has no idea what he's in for when he offers to help the girls practice their driving lessons to pass traffic school. He had no idea they would use his cock & balls as their gas pedal! Both girls are looking so incredibly sexy in their short skirts & open toe platform wedges. Xana pumps his testicles super hard & crushes his jewels with the heels of her sexy platforms every chance she gets! Megan seems to really enjoy making him lick her stinky feet & the sweaty toe prints inside of her sandals. Xana is causing him severe pain in his scrotum while Megan is ordering him to lick the sweat from between each of her toes. "How does that heel feel in your balls?" - Xana asks as she crushes his nuts as hard as she can. The girls really like each others shoes & decide to swap! They trade shoes & it turns out that Xana's sandals have dark sweaty toe prints inside that are just as bad as Megan's! "Lick them clean while I destroy these nuts!" - Xana yells at him. Megan now orders him to clean the sweaty toe prints that are inside of Xana's stinky well worn sandals while Xana pumps his privates super hard with Megan's shoes! 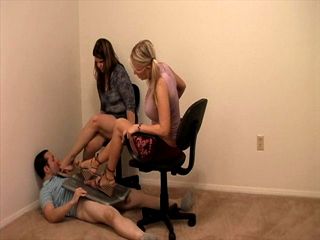