ENGLISH SPEAKINGWhen I use my slaves as a toilet, I do shit right in their mouth; unfortunately this has a disadvantage: I can't get my ass cleaned up with their tongue, since now it is all dirty with shit. Today, however, I will use another method with my female slave: I will shit on her chest, so that her tongue remains clean and I can use her as toilet paper for me, cleaning up my dirty little hole. Of course, that doesn't mean she won't have to eat my shit afterwards; when the cleaning work is complete, I'll put all the shit in her mouth and she'll have to eat everything.You may also like this clip: EATING FROM TWO MISTRESSESYou find it here: https://www.yezzclips.com/store_view.php?id=572&item=138809

Madelyn is a very demanding woman, and she expected nothing less than her slave to take care of her feet after another very long day with her pretty feet in her boots! She was just in the mood to relax and read her book, while her slave obeyed her instructions at the same time. She calls him into the room, then makes him kneel down, and makes him take off her boots to completely cover his face with her sweaty white socks! They were so sweaty, and so stinky! She makes her slave breathe deeply in her socks, so that he can enjoy that strong smell of her feet! Madelyn also makes him lick the sweaty bottom of her socks, before having him take them off, to cover his face with her stinking bare feet! She makes him take deep breaths in her feet, and makes him lick and clean the sweaty bottom of her soles too! She also takes pleasure making him suck her toes, as she just relaxes and reads her book. She thinks it is just the best way to relax after a long day in her boots! I certainly would not contradict her!

163971 - Smothered and humiliated under stinky socks

Two girls have a wonderful time. They are wearing sandals with flat soles. They are dancing on top of a guy and keep coming up with new ways to stomp on him, jump on him, and walk on his head. Then they take off their shoes and keep having more fun. They jump from his knees onto his balls. When the guy has finally had enough, one of the girls starts to trample the other one. Time: 13.16 min. REMASTERED - movie from 2003

I want my Dr. Martens boots to be completely cleaned once again. The slave has to start by licking the leather, starting at the toe and then all the way up the boot leg. And once the leather is polished again - he'll of course clean the filthy rubber soles as well. But I want to humiliate this loser even more and order him to thank me for the privilege of licking my boots! This loser has to accept his fate as my boot slave - he'll never be more to me and his only purpose is to entertain me!

I'm wearing nylon pantyhose and a bra. Tease you my ass till explode fart, and shit more, all over my butt. Pervert you would smell, lick and eat this beautiful big dirty ass. I rip my pantyhose so you can eat it all off my ass 💕💕

ITALIAN SPEAKINGToday IÂm joined by my mistress friend, and we have a blobby slave to pleasure ourselves with. HeÂs really out of condition, and we have decided to raise his temperature a little. We are both wearing beautiful silky pantyhose, and IÂm sure our bitch is going to enjoy what we have in store. With him lying on the floor, we quickly go to work on him. With one of us at each end of his body, I place him in a tight headlock, while my friend sits on top of him. He canÂt breathe, and we both laugh as his muffled squeaks get louder. We change places, and use different scissor holds on our bitch to squeeze him into submission. With both of us making him suffer between our powerful silky thighs, it doesnÂt take too long before we have him squealing for mercy. Not todayÂ HeÂs going to suffer ever more, as we tightly squeeze him into our breathless Purple HeadÂ

You must be thirsty?! Mistress Jane spits a huge gob of spit onto her shoe soles and YOU are going to lick it off now. Come on, tongue out and lick! Fine and tidy glides your tongue through her shoe treads full of spit. Can you keep up with it all? Mistress Jane spits powerfully and shows you how her sexy saliva flows across her sneakers...

I rarely dedicate my precious time to spoiled sissy cunts. The problem with them is that they are often just ugly, unmannerly guys in women's clothes. Today, however, I have allowed a sissy to compete. Visually she is not bad but the sissy qualities still need to be worked on. In the current state this bitch is only good for being humiliated.

You wake up, TRAPPED inside of a SMOTHER BOX with Princess Araya looking down on you! She only needs your face for ONE THING and ONE THING ONLY... TO SIT ON!She taunts you and humiliates you, TEASING YOU WITH HER PUSSY AND ASS before sitting down RIGHT ON YOUR FACE! It's a view you better get used to because it's the ONLY THING YOU ARE GONNA SEE! She lets you smell her pussy and even pulls her thong aside so you can get a whiff of her BARE ASSHOLE!There are 1000's OF MEN who would BEG to be in your position! CONSIDER YOURSELF LUCKY!

You love to stare at my beautiful, sexy 40 DD tits. Every time you see them, you want more of them. You're so weak for them. And it's so very easy to take advantage of you when I use my tits to lure you in and rinse you good. The more you see, the more you want and the more you pay and when you finally get to empty your balls, you'll also be emptying your wallet. 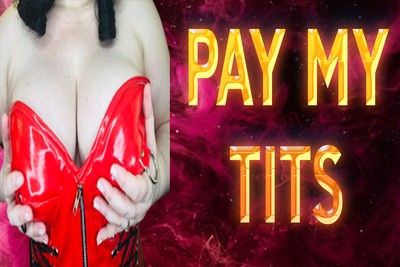 Elena is sitting on a chair and resting .. she put her feet on the table so that her beautiful feet were near the face of the slave. Start the slave needs to smell Elena's socks and then start licking her soft soles.

Elena is sitting on a chair and resting .. she put her feet on the table so that her beautiful feet were near the face of the slave. Start the slave needs to smell Elena's socks and then start licking her soft soles.

Princess Natalie smothering and riding her slaves face with her fat ass. First facesitting him in jean shorts, she shakes and grinds all over, bouncing her ass on his face. After a few minutes she takes her jean shorts off and continues to smother and ride his face in her thong. Moments later she takes her thong off and once again continues riding his face bare ass. Watch as she bounces, grinds and plumps her fat ass all over his face! Enjoy ;)twitter: Sadisitc416New videos every week!

Mistress Antonella is amazing and gorgeous, wearing a red latex trousers and top with black stiletto shoes. Her slave is kneeling at the feet of Mistress Antonella. Then, She orders to show his ass to the camera and She use his back to rest her legs. Mistress Antonella put her wonderful red & black latex gloves with laces. Afterwards, She gives to him to sniff her farts, She orders him to lie down on the floor, She steps over him and She open the zip of her trousers in order to shit directly in the mouth of her slave, She gives to him a big snake of Caviar. Then, She fulfills a big glass of Champagne with her pee of Goddess and She orders her slave to drink all the Champagne for an amazing view and a wonderful reward.