Goddess Victoria hates when things are not useful any more. But she likes crushing things with her high heel boots. This old phone is ideal for some anger management and some real fun! 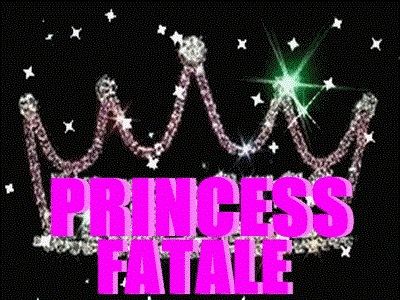 BigmommaKat has a special treat for you crush fans out there. She took it upon herself to put together an epic tale of thievery and punishment as she destroys all foes who dare cross her on her path to regain control of her tasty treats.At 600 lbs, you'd think no food would stand a chance against the beautiful and raw power of BigmommaKat, but she was up against solid adversaries with the likes of The Spike Boys (pineapples), her minions Spud and Dud (uncooked potatoes), Mellon (a large watermelon), the Pumpkin King's minions (small pumpkins), and the Pumpkin King (a large sized pumpkin).You'll see her terrorizing weight crush the foodlings into unregognizable blobs of mush while she tramples in bare feet, knee-highs, sandals, and heels. She also does some serious smashing and butt dropping.Awesome storyline. The most intense crushing power on the 'net. This is an instant classic in the crush arena!

Stella punishes her slave with facesitting on her bed. She presses her ass firmly on his face. She pushes her ass together so he gets even less air. Beautiful close-ups.

Nicole arrives home from school on her cell phone telling her friend exhausted she is. She'll need a power nap before their night out so she drops her school binders to the floor and gets off the phone. She falls asleep on the floor. Little does she know, her living room is infested with little people! While she's asleep a bunch of them explore her body from head to toe, unbeknown to her. She then wakes up when one falls into her hand and she jolts up and screams "EWW A BUG!" and crushes it! She then swears about how her house has been infested lately and she's sick of it and she hunts around the living room, exterminating them all under her feet - hands - and ass! She crushes the last and biggest bug, you, beneath her giant bare foot!

Not for the faint of a little piggies heart or wallet! This clip is seductive, and will drain you dry!This clip includes h_y_p_n_o with beta waves, financial domination, seduction and tease.

Jackie loves to sit on her slave and especially after a long day with her shoes on! She takes her shoes off then immediately cover his face with her sweaty white socks! This is just the perfect spot to rest her feet! Right in his face! Her socks were so smelly and sweaty so she just takes pleasure to rub them all over his face! Jackie also needs a bit of attention on her naked feet so she makes him take her socks off with his teeth to cover his face with her stinky bare feet! She also makes him stick his tongue out to lick the sweaty bottom of her soles and suck all the dirt in between each of her toes! Jackie is now in a perfect position to feel the power of her feet! Hot Clip Alert!

Now you are the slave for Leanas dirty bare soles. Get on your knees and worship her bare feet .. enjoy the Point of view domination

With such pretty feet you can put all the shoes ..... It will mettres heeled shoes open repettos of black, white wedding shoes ..... 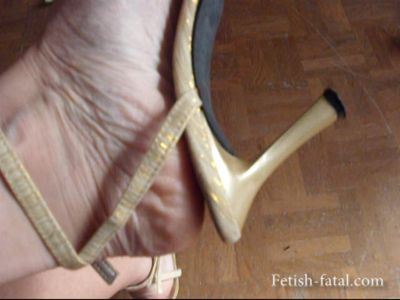 Second day in Belgrade and we are in the house of real-life mistress. No studio lights, just the silence and strange expectation. QueenX comes into the room with her slave. Nice surprice, he is our professor. Enthusiasm! Our mistress is not so pretty like our girls but we expect something from her. Something different. Yes, that's it!!! She knows. So much sadism in her eyes and smile. He screams while real-life mistress tears his skin from the upper body.

This is Michelle's first trampling ever - but as a professional dancer she's used to walk in high heel shoes and on uneven surfaces - combined with a pretty cold heart that makes her a perfect trampler! She's wearing a pretty comfy pair of boots with nice heels and loves how he screams in pain when she steps on his body, but she doesn't trample his chest only - she also pins down his head with her boots. After a while she slowly takes off her boots while she's still standing on him and makes him smell her sweat-soaked socks immediately after. She takes her socks off too before she starts to pump up the intensity - by jumping on his body and rubbing her sweaty feet all over his face!

On your knees footlicker and open your mouth. Today you will pass my Heels-Lick-Training and learn how to clean them properly. Of course you will swallow the dirt and if you do as I like it, maybe you'll get the opportunity to jerk off to them.....

I got this beautiful red Mercedes-Benz 300SL collectable from a fan - and it's going to get totally trashed today! I put crampons on my work shoes and show them in detail to you before I start "playing" with the car. You can hear the metal cranking under the sharp spikes and of course the paint is getting scratches right away. I break off the car's trunk deck, doors and hood - crush the glass and break off some tires - then trash it completely by stomping and jumping on it until it's completely flattened! The stomping is so vicious even the rivets get ripped off the crampons :-)

She has white socks very pretty and she shows off her beautiful feet. She grabs a bottle of water with his feet ..... 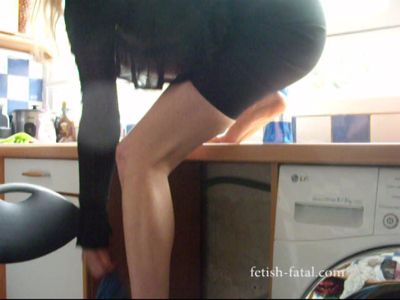 Cruel Asian Snobs Miss BarbieLee & Miss Jenn laughing hysterically at Their slave as They spit loogies right in his face & whack him in in the face w/Their pretty feet. Clip ends w/Asian Goddesses relaxing in Their apartment while slave massages Their feet...

Hey loser! I will transform you into my personal Ashtray. On your knees infront of my car and open your mouth

Lisa grabs a hold of Mark & puts his neck between her legs, she has him firmly griped with her strong legs & she gives him the occasional hard squeeze with them to let him have a taste of what he will get if he tries to get out of the situation.

73177 - Walking Around in My Fishnets Teasing Your Dick

I always have so much fun teasing you. I know what your dick wants. I know just what to do to make you cum. You can't stop staring at me.. watching me walk all around the room in my SEXY red peep toe stilettos & smelly old fishnet stockings.. I just can't seem to keep my shoes on for very long either.. But your dick doesn't mind now does it?.. I'm making you so pathetic & weak.. Your cock stands at attention & drools as you watch me walk all around the room.. playing with my shoes & walking tip toe in my fishnets.. Have fun cleaning the mess in ur pants. lol