Your mom has been concerned about you lately you don't seem to have a huge interest in girls or at least just seem very shy around them. So she has flown in her long time friend from California who just happens to specialize in just this.. She confronts you but in a very comforting manor where immedidelty you feel very comfortable by. She asks you a series of questions and it really just boils down to you need some instruction by one hot woman!

I sit down on the slave's stomach and pin down his arms under my knees - then I take one of my stinky socks off and press it on the slave's nose - while my other hand keeps his mouth closed - I want him to breathe only through his nose to make sure he gets the full odor of my sock :-D Then I take off the second sock as well and make him smell both socks . I mix in some breath play, preventing him from breathing completely - then releasing only his nose - with the stinky socks in place of course. He has no chance but to inhale deeply through the socks!

A new custom request and i really like this kind of videos now! Today you have to worship my ass in jeans - but while you do this i take a shower directly with my jeans. See when my light jeans gets wet ...and yes - it feels so good!

Thumbs up for Rosie, who accepted the challenge to have her sensitive soles covered in hot wax! She got tied up and endured the burning drops - well, not without charming faces of pain :)

Do you forgot to pay me a tribute this week ? OK - then I have no other choice: I'm going to ignore you! This way you can think about your behavior. Don't you like to be ignored anymore? No? Then come on and pay your weekly tribute !!!

My little latex slave needed once again...waiting to comand comes my filthy slave good as gold with leash and neckband to me on the bed.Cheaper slave..the oiled strap on waited between my legs...hmm you like it slave..you need it deep!!!I like it when my cock can fuck an ass.after fuck these pussy was allowed this slave his cock to jerk...but on strap on...open your mouth slave blow and feel your ass flavour...don't forget your cum...eat it...that makes me happy.

This clip will actually make you wish you were a banana being crushed under the feet of this beautiful fruit crushing goddess! Megan is one super hot goddess that loves to step on things hard & watch them smush under her pretty barefeet! This beautiful babe looks so incredibly sexy in her short skirt & red stiletto heels. Megan uses these sexy sharp spike heels to completely crush & mash these banana's to a pulp! One by one she steps down on them hard until there's nothing left but a pile of mush! This beautiful goddess know's just how to step on your banana to completely destroy it under her pretty feet! Megan stomps these banana's into mush under her sexy high heel shoes - then she takes off her shoes & steps all over them barefoot! Watch great close up footage of this beautiful girl smushing these banana's into a pile of mush under her pretty toes. Megan knows her feet are beautiful & seems to really enjoy teasing you by picking up a banana & rubbing it in between her pretty polished toes! 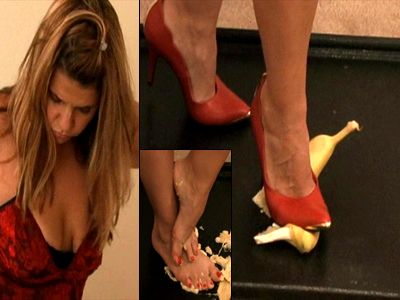 Come here my living ashtray. Thatâs your purpose, to crawl on the floor at my feet while I enjoy smoking a cigarette. You are a living ashtray then, a mere object! This is what you always dream of, donât you? I wear awesome overtheknee boots which will drive you crazy and make you totally submissive. Have fun watching! 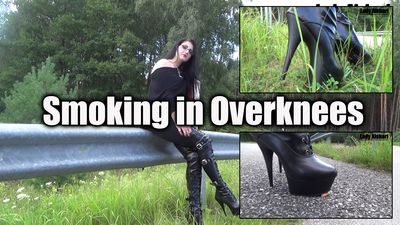 I like it to spit now - but i dont want to spit on the floor. I want to spit directly in your mouth. You have to swallow all my spit! Your mouth its like a spittoon for me!

Today Veronika wants to wear her dark blue jeans and you are allowed to watch her when she puts them on! First she puts one of her legs into the jeans until her foot comes out at the other end. Her jeans are soo tight that it's really a tough task to do so! But finally her leg's completely inside her jeans so she can continue with the other one... which is hardly in any way easier... At the end it's only her ass which needs to be be squeezed into her jeans... do you believe she will be able to do so...?

The games that we played can be grumpy, dirty and saucy. We love them and we introduce you, with pleasure, Teodora, Sonny and Maddy in great actions that will blow your mind and raise your ramp :) Scissorhold fight. The girls do the best to choke this guy between their thighs.

That's right little Bitch if I'm going to get cancer from smoking you are too. Kneel in front of me while I blow it in your face. I want you to breath it in deep coughing and choking all the way. I'm going to use you as my ash try and humiliate you all along the way. I own you and will do whatever I please with you. This clip is hot! I look amazing and perfectly content knowing I'm dragging you to hell with me. I know you have always wanted to worship me into the next life. 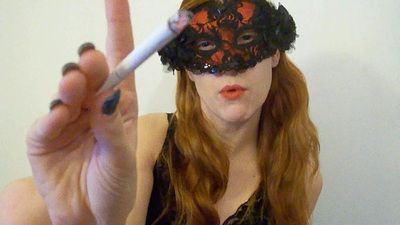 This is a fart lovers delight clip. Mia brought one of her friends, 18yr old Feebee, an extremely sexy, cute and feisty girl. She wanted to learn the ropes here, and both girls were out partying the night before. Chad just faced one big problem, they both felt sick to their stomachs, both girls ate before they came, and Mia and Feebee had a lot of gas. Before chad knew it, he was thrown to the mats by Mia, she worked up a few good farts, as Feebee watched on. Mia planted her ass right onto chad's face, and began letting the farts rip. Feebee laughed as she looked on, then Mia asked if she wanted a turn, Feebee was more than happy to try. Feebee's farts were nasty, and she even humiliated chad by talking trash to him. Mia and Feebee took turns rubbing these god aweful smelling farts in his face and mouth. They were both pinning him, even sumo squatting over his face, switching from one girl to the other, and chad was gagging and choking, the smell was horrible. Chad had put up such a struggle, and with all the farting, he literally from the smell. This is the first ever K .O . fart video we have ever done. We see Feebee coming back to join our team of humiliating girls here. And who wouldn't want to see her, stunning. or Mia then. Straight facesit, ko's Mia stood no chance of surviving this match. Mariella even was disappointed that Mia was no challenge for her. She put Mia out with a full weight facesit, stood up and literally complained and walked away. 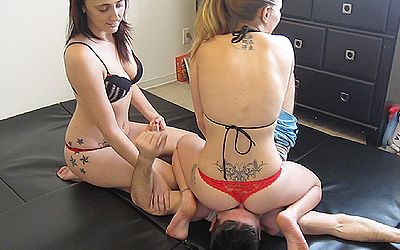 This clip is a killer, its name " lethal injection " is chosen wisely. If you watch it, it will be the final death blow for your mind, which will exhibit everything in you and will catapult you into my catches. Your brain is not able to resist the impressions for this clip. I know exactly how to handle devoted fools like you. You will kneel helplessly and without any chance to escape in front of your PC. Poor little slave. If I were you, I would worship me as well muuuuuuhahahahahaahahahahahaha.

He is like a tiny pathetic worm who waits to be sqished by huge giantess. Aqua has a new partner Bea. He fights against the tall girls and tries to survive. They are persistent in their purposes. Bea, the beautiful tall girl sits on tiny's stomach and enjoys in her domination.