Persian Goddess Sasara sits on a face for the very first time! This is amateur footage taken from 2 different camera angles. 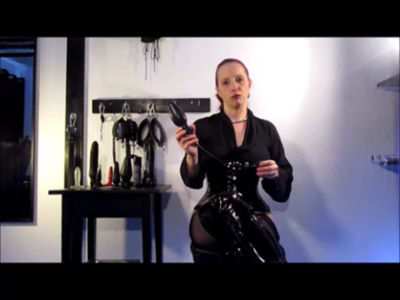 Includes - foot fetish - foot domination - pov foot worship - femdom pov - ebony - verbal humiliation - smacktalk - homewrecker - manipulatrix Haha! So I hear you've been swangin' that useless piece of flesh of yours around again and talking yourself up!Fool!Don't you know you're nothing but a fucking slave?!What the fuck are you on?Trying to actually pretend to yourself and the world that you're normal when we both know exactly what you are... a foot loving floor humping freak!?Oh, are you going to try and deny it? Deny what's written all over your face in the most obvious way? Awww...Look, just seeing my foot peeping out of my shoe made your heart skip a beat...And I haven't even started to try and tease you yet loser...Come on, we both know what you really crave. And it's not pussy! Fuck that! If I told you that I could hook you up with a chick who wasn't into sex but was happy for you to just hump her feet we both know what you'd say don't we?You can't help who the fuck you are!Look at these feet. That's the only pussy you're ever going to have from now on! For you feet ARE the new pussy!

128921 - N04_Bertie_Morgana_KNEES TRAMPLING Morgana and Bertie today is intent on crushing slave with the full weight under her knees.

N04_Bertie_Morgana_KNEES TRAMPLINGMorgana and Bertie today is intent on crushing slave with the full weight under her knees. Girls slowly advancing on the slave's body and she likes to hear the groans of slave especially when her knees are on his throat. For all fans of the "knee trample".These Goddesses do not know mercy. Two Ladies jump and stomp your body.These girls will not feel sorry for you. Your face just disappears under their asses and flattened out. But you endure, because you LIKE .. They walk with their knees on your body with all the weight!Sexy Morgana and Brutal Bertie will turn you into a fucking cake!

In this Human Pony Boy clip, Most beautiful Indian Mistress Meow continues to dominate a new comer. She makes him a pony and sits on his back with her full weight. Mistress Meow ties a dog collar on his neck while sitting on him. She starts riding him through out the room with her full weight on his back. You can see her both feet hanging in air through the clip. She takes proper care that not a single kg of her weight goes waste.Furthermore she has a whip in hand which she continuously waves in air. Poor new comer is crying with pain and asking for mercy at her boots while Mistress Meow continues to ride him. He fells down many times during the ride but Mistress Meow keeps sitting on him making him stand back and ride her again. Must have clip to see Mistress Meow in hot black one piece and long boots.

Hot Brat girl sitting on the bench train . She wearing blue coat , black pantyhose and black fashion sneakers with a little dirt on bottom .She crossed legs and show you sole of her footwear . No subway noise in this video.

Well, you canÂt get it up again and need the next Loser clip, you useless cattle? Humiliation is your elixir of life, it is you like the air to breathe, Loser. Your small dick will get hard only if it is allowed to trigger... haha The absolute coronation, you may admire me in my hot red Lack Body. victim!

The best way to torture this slave is to give him an intense facial scrub. That works wonderfully with the tight and hard jeans of Mistress Vanny! She sits down on his face, rubbing it harshly with her jeans ass. After all, the slave should get no pleasure from it! So Mistress Vanny torments him with the rough denim fabric and sits down so firmly over his mouth and nose that he can't get any air. His slave face should be stuck under her ass for as long as Mistress Vanny wants! He is nothing more than a useless slave and therefore his place is under her ass!

129126 - Alice teases you with her barefeet and smelly white socks

Alice is 22 from the england with UK size 6 feet, she comes home tired and shows off the bottom of her sneakers in your face and she's completely not amused that you want to look at her shoes. She then removes her sneakers and shows off her smelly white socks one which has a hole in and lets you know how stinky they are while rolling her eyes at the thought of you wanting to stare at her feet. She then removes her socks and shows off her gorgeous soles in your face all while humilating you in the process.

My incredible boots make you hot in the crotch? As we speak of your part between your legs, at Easter your eggs deserve special attention! You feel flattered and are curious what awaits you in this clip? Your eggs are crunched! Have fun!

*This video is a request from a fan, there are no names in this video and all are welcome to play along for part 2*This clip is for all the true blackmail fetishist out there. Have you ever wondered what it would feel like to have your name hand-written in my pretty little black book? A page or 2 or 3 dedicated to just you... with all of your most valuable information! Today I am turning your fantasy into reality. You are going to stroke all the way to pushing the send button. Have an email open and ready, s-h-i-t-s about to get real- real quick.This is the beginning to a whole new world. Part 2 is going to be SO much fun!

Minato shivered when he saw five of his classmates surround him with evil grins on their faces. He was the only man in the classroom, and his classmates didnÂt have the faintest innocence in their faces. He tried to keep cool when the five girls began teasing and pulling at him, stripping him of his uniform. They pushed him roughly to the floor and the one in pink immediately pushed away the fabric covering her pee hole. Her piss was a strong torrent that was slightly yellow and salty. It washed his face, and one of the classmates gripped his chin and pried his mouth open so they can begin taking turns peeing directly into his mouth. The piss tasted slightly bitter and salty, but it wasnÂt all that bad. He began gulping their pee as fast as he could, and he taste their sex every time they would take a leak in his open and willing mouth. But pissing was just one part of their kink. MinatoÂs classmates surrounded him once again and pushed his ass up into the air, and they began playing with his balls, his flaccid dick, and his butthole. He was embarrassed when he felt endless fingers on his butthole, and all across his balls and dick. He looked up and saw a hairy, moist pussy directly above him, as one of the girls sat on his face and began grinding. The pussy smelled salty and unwashed, and he pushed out his tongue to clean it. He was now their human toilet and pussy washer, and he knew he should do a good job of it. The rest of the ladies contented themselves with pinching and pulling on his dick, and they began shaming him for having such a tiny member. And then the golden showers began, covering his entire face and chestÂ

Includes double domination - footslave training - barefoot - verbal humiliation - foot fetish - ebony foot fetish - goddess ebony soles - wrinkled soles - milf - cock tease - foot joi - cum control - foot domination slaveLet's get one thing clear... You're here for one thing and one thing only! And that is to worship our beautiful Ebony soles.Goddess Ebony Soles and Mistress Ava Black control and contain you completely. We delight in watching you try desperately to resist what is so obvious to both of us. You are madly and passionately in love with our feet. Helpless little fucker! We can see it written all over your face. Dare you even try to desire anything other than our perfection?We know that the very sight of our creamy soles turns your brain to mush and makes you want to dribble your appreciation for us. What a lucky boi you would be to even be permitted to touch that willy for us. Right now. While we laugh and humiliate you!But you don't care! Of course you don't. Because our feet are everything to you! They are your very reason for existing. Without them nothing can satisfy you. Not even pussy. Cos all a loser like you really needs is waaay down there! Such a foot freak!