Tip me for LV bag or eat your cum! Hi, piggie! With you FinDom Goaldigger (findomgoaldigger) with a sexy Russian accent. As you know Russian girls are the most greedy girls for money. I am not interested in your dick and in your pervert fantasies without money at all! Yes, you can serve me by stroking your dick but only if you pay me tribute tips and buy my clips. Stroking your dick with my clips of findomgoaldigger is only one part of serving her. The second part is to serve her lifestyle with your hard-earned money. Not stoke your dick without purpose. your purpose is to serve the luxury lifestyle of FinDom Goaldigger by tributing your hard-earned money to her.Â

Sarah calls up with Nicole via video communication, invites her to visit her and shows her polina who licks her feet. "Look how I spend time with this bitch. Come to me. Let's have fun with her" - Sarah says. "Haha. She licks your feet? Oh yeah, she's not capable of anything else. I'll be there soon" - Nicole replied. The slave girl while the girls talked thoroughly licked Sarah's feet. A little later Nicole came and Sarah met her with a slave girl. polina rushed to kiss Nicole's boots and greet her. Then the girls go into the room, sit on the sofa and order the slave girl to sniff Nicole's socks. polina loudly and deeply inhales the aroma of Nicole's socks that the girls are amused by this. Then they ordered her to lick their feet while they talk. (1 PART OF 4)

Lick Mistress Roxana's high heels! Your tongue slides over her toes to the soles of her shoes. No centimeter will be missed, you will catch every tiny spot! Mistress Roxana makes sure that YOU get everywhere with your tongue and lick everything clean until it is sparkling bright again!

Today I want you to experience your fantasy with me. I am going to completely and tightly bind you in cling film. Then I will add another tight wrapping of pvc tape from head to foot, so fucking tight you canÂt move. All you can do is wriggle and squirm for me. I will then add a nice tight leather head harness O-ring gag to your mouth to keep it wide. I so enjoy hearing that sucking sound as you try to breath. I leave you there to suffer and struggle while I go shopping. On my return, I can see you are extremely hot on top of my Black leather sheet. Also your mummification is having the desired effect as your temperature rises inside you plastic cocoon. While I was out I did a lot of walking, so I need to relax with a cigarette. I will use you as my human ashtray, and you will swallow all my ash, and enjoy my smoke. When IÂm finished, IÂll stub my end out in your mouth leaving you to enjoy your suffering as you struggle and squirm in your Tight DesireÂ 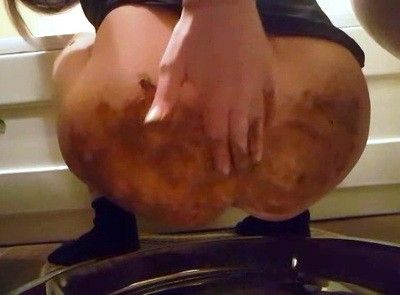 Good morning! Today I decided to make breakfast for you like this. I knows what my shit tasted like, It tastes slightly bitter, so I decided to sweeten it. I came to the kitchen, smoked a cigarette, took off my panties, took a mug and pissed it there. 😉 Urine will serve you instead of morning tea) Then i put down a plate and shit there a big pile of shit. The shit was firm today, but it turned out to be a lot. Firm shit is a little difficult to swallow. So, a mug of my pee and a bunch of my poop - it's your delicious breakfast. 😉

Smearing poo on my body is my speciality,the feelings of poop on my top and rubbing it in my boobs is very arousing,and fucking my 2 holes with washing machine hose is awesome.

A submissive male employee looks like a real gift of fate to this merciless dominant office babe Â on his very first day at the new working place she humiliates the poor guy so badly! Watch her trample him almost squashing his dink with her stiletto heels, then kick him under her table and leave him there feeling his humble tongue slide all over her tired feet and juicy pussy. Damn, what a worker!

If there's one thing Miss Deviant can't stand it's whiney men. Men whinging and whining about how it's been x amount days since they last came. Men moaning about how their little dicks are no use to anybody. Men moaning about having their dicks locked up for their own good.Well, your mouth will be taking a break from whinging this weekend, because Miss Deviant is removing your powers of speech. Instead, you'll have to find another way to communicate.. 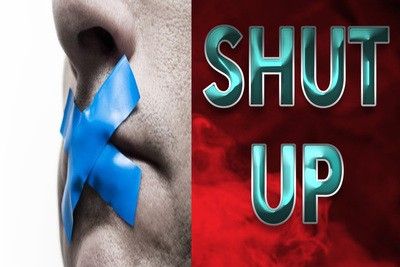 Does this fucking ceramic look like a nice gift? It sucks! And that's why I'm going to use it as a toilet, shitting and pissing in it! Look what a nice close-up of my widening hole, you worm you are! And now, eat!

HAND CRUSH CATWALK TYRANNEI OF THE YOUNG FRENCH PRINCESS!VIDEO IN FRENCH!Nothing is spared for slave Smirni. Now he has to hold out his hands to his sadistic young mistress for her cruel trampling fun. With her hands stretched out, Smirni has to let the dominant Teen Princess crush her hands downright. Mademoiselle Fabienne enjoys putting on different shoes and boots and then trampling with them the hands and fingers of her slave.

136562 - Using The Human Toilet And Spreading Shit On His Face

My times of going to the bathroom have changed, and now I never know what the correct time is, my gut is working as it wants. So from there Mike has to know that he has to be ready anytime.Mike was sleeping when the urge to shit came, so I woke him up to use him as my toilet slave, I sat on my toilet and opened my flower for my poop to leave. But I will confess that the part I like the most is when I sit on Mike's face and spread my shit on his face and my ass, the poop makes my ass slide over Mike's face, and I can say that for toilet slaves you should also love this part, feel the ass of a beautiful woman passing shit all over her face.