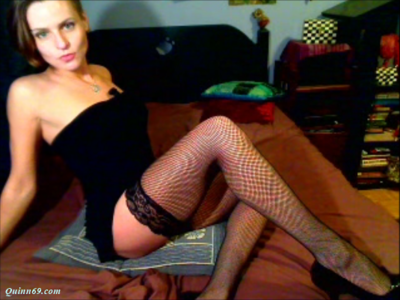 Candy Blade is just back from town with an intense footstink from walking in her boots. She makes Eryss to sniff them and her socks as well - just to get and idea about the sweat she has to swallow. Candy takes off her socks, and wipes her sweaty soles into her footgirl's tongue, shoves her heels into her mouth and makes her lick her feet clean. The footslave knows there is no other option for her, she must obey and do whatever she is told

Look at teeth of Sandra. Look how sharp they are! Look how hard she bites! Look how deep marks she made by her sharp teeth! 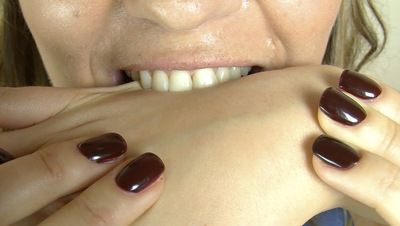 58611 - Doreen disciplines the slave with her tits

After she caught him on the toilet last time she has intended to discipline him to avoid similar problems in the future. But it seems there is a lot of work to do...! This time she tries to discipline him with her feminine charms ? her big boobs! She presses her huge tits hard on his face takes him the air to breath! Then she grabs his hair with her hands to further press his head towards her tits and increase the power. He still tries to fight back and to take some breaths but his new mistress is far away from finishing him...!

Roxy presses her sexy body into this tight white 3/4 jeans. But she first checks if the jeans matches her outfit before she decides to put it on. She has no problems getting her legs into it, but to get her ass into it she has to lie down on the bed. She pulls again and again - but she doesn't get her ass into the jeans at first. Finally after a lot of tries she finally manages to get into it completely - and it fits perfectly. Proudly she shows you the jeans from all angles.

Listen to my sweet soothing voice lull you into a magical mind fuck...and fall in love with me...my curves...me ass...my lips...my smile...completely head over heels in love with your Goddess

And certainly not a woman! * laughs * You're just ugly and have a small dick. I have to tell you even more, loser. Purchase the video and listen carefully!

I know exactly what men like you are like. A girl can't wear a simple low cut top without your eyes popping out of your fucking skulls as you salivate and leer like the primitive fucks that you are. It's horrible. It invades our privacy. So now, I'm going to invade yours. I want you to take that dick out right now and get off to my cleavage, just as enthusiastically as you leer over it when you think I'm not looking

Cocky, rude, wild party-couple Alexis & Her boyfriend laugh at slave who'll smell Her feet in stinky socks & open wide to accept Her foot in his mouth.Couple laughs-out-loud! Boyfriend can't believe where She finds these guys... 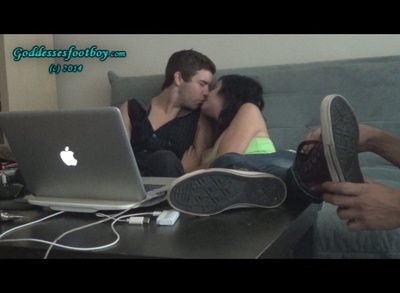 Alix is already lying on the matress with bands of duct tape restricting his every movement. Star strips down to her pantyhose and white bra. Clad over his pathetic head are his underwear and a pair of PANTYHOSE. Determined to teach him a lesson, she clamps his head scissors fashion between her lovely thighs to give him five minutes to have him think on the error of his way. The only sound is the little gasps of breath that alix tries to gasp. Listen to him whimper and whine! He struggles very little, but the whines definitely tell us that he has not passed out. Not YET. "Oops, did I go past five minutes? I just lost track of time; how neglectful of me," Star chides alix. This movie contains much Facesitting action but this particular clips focuses on a leg scissors wrestling move where Star presses her slave's head in to her pantyhose clad ass. 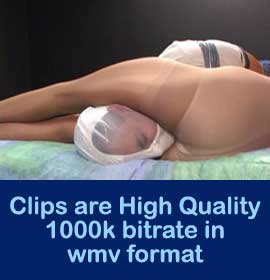 They call him "Phantom". He never takes off his mask. What he hides from us? Mysterious skinny guy likes to look under his mask what Deborah and Ariana do to him. He is a pervert behind the scene. When curtain raise, the girls are on the move. Kicking in the belly.

To tell you the truth: I already enslaved your stupid wife! She is a bitch! She has to save money so your Turkish Goddess - I - can buy some very expensive things! This makes me happy, although... most of the money I spend is wasted for extravagant and sometimes useless stuff! *g* 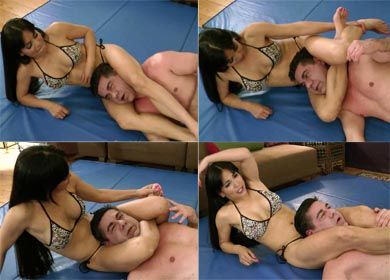 You can't Resist Me at ANY Other Time of the Year.. So Jack that cock while your handing it over to Me.. it's the ONLY Thing that I Want! HA HA

You asked for it and we're finally able to deliver. BigmommaKat wanted to put various fruits to the test under her 600 lb frame. She starts with lemons, moves on to cantaloupes, and finishes off with a watermelon.The lemons literally explode under her feet. She crushes 15 in all and what's left after she's finished is a pile of mush. As she applies pressure, you can hear audible pops as the lemons get obliterated in addition to the sounds of the lemon juice powerfully squirting everywhere.Next she moves onto trampling a cantaloupe. While still somewhat soft, we thought it'd hold up a little better than the lemons. Not so! She likens it to "your head" during the crushing and it's eerily similar to that actually.Her next victim is another cantaloupe... only this time she moves onto sitting. Well, sitting is used loosely here as she literally jumps on this thing butt first. At the initial point of impact, it goes from whole to vanished in less than a second. Imagine that being your chest during an all out butt drop from BMK! She actually tries to put it back together only so she can butt drop it again.For the finale she moves up to the watermelon. As she slowly applies her massive ass and weight to this thing, it's scary listening to it crack and crush. Ive never seen a watermelon get so destroyed once she really decides to "turn it on" with crushing this thing. It literally pops like a balloon! 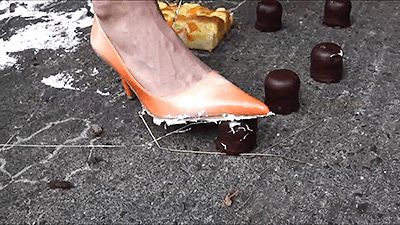 Stella had a busy day. She has walked a lot in her stockings and high heels. Her feet and nylons stink. . Her slave has to sniff the stench away. He must smell it completely clean. Beautiful close-ups and nice POV-szenes.

This Girl enjoys being cruel to men. Loogie-Launching & gross 8.5hour Waitress shift Socks! Brand new & completely RUDE, cocky & bitchy Miss Caitlynn. She was introudced to us by Miss Cameron who's off-camera laughing along w/Miss Caitlynn at what a loser this guy is! SUCH a Bitch that She wouldn't allow loser to worship Her bare feet, just too grossed out and not enough money!They're amazed that he actually wants to smell Her nasty waitress socks that She wore for 8.5 hours prior to loser coming over. She loves the fact that She can spit loogies in his face & receives a "thank You" in return.Got requests of what type of degradation and male ego-destroying type bahavior you'd like to see from Miss Caitlynn? Email your requests for Her!

Sexy tattoo girl Jenes loves pantyhose and nylons - she simply feels sexy wearing them. She shows you her sexy nylon ass and lolls right in front of you. Come close to her butt!