All your clothes look good on your goddess. As you can see here also nylon. Are you nervous, stupid pig?Do you want to suck my heels? Would you like to smell my nylon?You are ridiculous.... 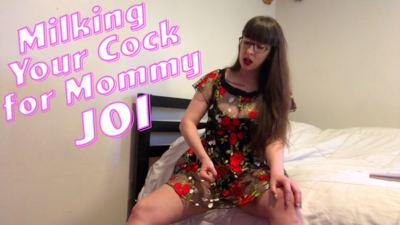 What does this slave think he's doing?! First he arrives far too late and then he provokes Mistress Anfisa with his poor manners as well. Well, it's his own fault that he is now being punished for it! She knows no mercy and takes a long crop into her hands. With it she beats his slave's ass loud and hard. Mistress Anfisa teaches him manners! Now, after some hard whip strokes, she changes her educational tool. She decides to use a cane that will instill fear! She uses it to hit him with one thwack on his ass after another. She stretches out far and wide to make it hiss loudly through the room until the cane hits the slave's ass very hard. The slave has no choice but to grit his teeth and get through it!

It's time again to tell you what I think about you. If you do not know yet what a little pussy you are, you will be more than aware of this after this clip.

YouÃ¢ÂÂre so weak for my huge natural tits spilling out of this low cut top. My lacy red bra peeking out, a hint of a nip slip, thatÃ¢ÂÂs all I need to ruin your marriage. My cleavage is so plump, so irresistible that I donÃ¢ÂÂt even need to take off my clothes to be a home wrecker. 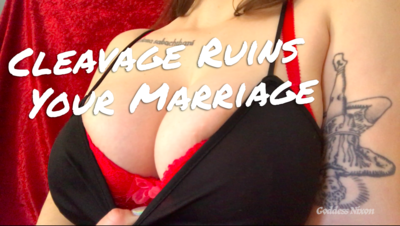 In the middle of the night, the silence of this police station is disturbed by the arrival of a prisoner. His crime? Just excessive house noise. However, this is enough to irritate the three dominatrix police women who decide to release their fury upon him! They first strip him of his clothes, leaving him with only his underwear, and then secure his hands together, preventing him from resisting! Then, without further ado, the ladies take turns sitting on the victimÂs face and pissing directly into his mouth! This left him with no choice but to idly sit and let the urinate flow down his throat and swallow! While one is busy relieving herself, the rest of the women would either sit on his body or stomp on his crotch, putting him in pain and a lot of suffering!

Hard trampling along with some tazing. Beautiful black laquered wedges with an ankle strap, very sexy. Lady A tramples the cock hard, she stands on it full force. She steps on it so hard that it becomes completely flat. She also tazes him to add to the torture. You can see the glow from the current in the film. Time: 9.53 min.

Slave Kurt was allowed to enjoy 8 nylon-clad feet. He was thus directly in the nylon sky arrived - you might suspect. What did we do with him? Look at it!***Sklave Kurt durfte in den Genuss von 8 in Nylon gehÃ¼llten FÃ¼ÃÂe kommen. Er war somit direkt im Nylonhimmel angekommen - kÃ¶nnte man vermuten. Was wir wohl mit ihm angestellt haben? Schau selbst!

It does not matter if you enjoy beautyful feet or not. You will worship them only today and jerk off for them. Scum like you should only be allowed worshipping just feet. Dont you dare looking at my big boobs that are squezzed into a super sexy and tight bodysuit. Or my big and perfect booty.No looking keep concentrating at my feet only. Keep worshipping every inch of them. Have a very close look at them when i ask you a question about them you need to know the answer. Look at every beautyful detail of my nylon cover feet. I will finish you off with a hot cum countdown for my feet only, of course. haha And another Foot bitch is born.

No, not with your dick again. yuk With your eyes only loser. Touching that loser dick is disgusting. Iam way to superior as i could allow you to jerk off to me everytime. Look at my breathtaking long legs perv. Where your hand gliding down to your dick?Slap yourself. No permission. Worship every inch of my perfect body. Get crazy over the way i glide with my hands over my legs and superior goddess Pussy. Lets see how far i can get this. How desperate i can make you just with some teasing with my beautyful body. I mean the rules are so fucking easy loser just DONT TOUCH IT. haha How something simple as that can be that hard. hahaaha Still you would do everything anyway just so you can take finally a look again on my perfection.

One of my favorite CBT techniques to use on my subs involves simple, unassuming office supplies. Seven rubber bands will pinch your cock skin, snap on your balls, and make you nauseous with pain. Walking you through this excruciating task and laughing like a true sadist, I wonÃ¢ÂÂt let you take the rubber bands off until your cock and balls look absolutely mangled. 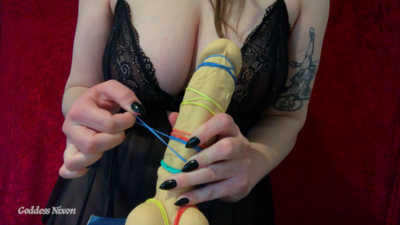 YouÂve been shrunken down and IÂm holding you captive inside my toilet. My stinky arsehole try to blow you over with each load. Suffer as much as you can. No one is coming to save you. Now comes my shit. Open mouth wider! Pounds of firm logs fall on you. ThatÂs when I let you in on a secret. The only way out is to eat every last piece of it. Come on slave, this is your chance!

8276 - Suffer under my brutal shoes and stinky socks

I'm back from my vacation - and I took the time in the Spanish mountains to properly break in my trailrunning shoes - and now these shoes will leave some marks on your face! I just love how much grip this sharp rubber tread has - no matter if I'm walking over a face or run in the woods! And everyone will be able to see that your face was once again used as a doormat! Or should I stomp it into a pulp right away? Jump on it a few times?! It's your destiny to suffer under my feet after all! And when I'm done trampling you, I'll press my jogging socks on your nose. I wore them for a couple of runs and they're really dirty and stinky - soaked with my foot sweat - just the right treatment for a loser like you! This is a non-exclusive custom clip for a fan. If you want me to do a custom clip for you, send me an email to marissa@madamemarissa.com!

This video is a total scam, yet another RIPOFF that youÃ¢ÂÂll fall for because youÃ¢ÂÂre a sucker. You canÃ¢ÂÂt help but be cheated out of your money by a pretty girl. 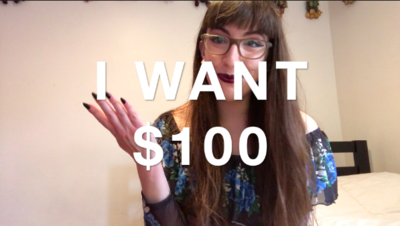 Sweet lesbian redhead Jamie Kate removes her Doc Martens and stats to smother the slave on the floor with her cute, litte feet. She sits on him and presses her young, little soles hon his mouth and nose. She controls his breathing with her bare soles and toes

This time I came up with something very special for you smoking lady junkies. What exactly you`ll see in the clip!***Dieses Mal habe ich mir was ganz spezielles fÃ¼r euch Smoking-Lady-Junkies ausgedacht. Was genau erfÃ¤hrst du natÃ¼rlich im Clip!

Blackmail - a fantasy that excites you, that fucks your little muddy brain and pulses into your cock like pure heat! There is no ordinary Blackmail you get from you, filthy victim! Anyone who gets involved in my blackmail is doomed and last days are not just a saying anymore.What I expect from you and what conditions you have to meet in order to experience realistic and real life blackmail, you will get to know in this clip!

Although you show up at Mistress Anfisa's without bringing anything for her, she decides to give you some pleasure. She surprises you with a huge portion of spit! Slowly she lets her spit run over her seductive lips until it drips down into her hand. You'll lick it up, of course! Tongue out and lick her sexy spit out of her hand! If you think that's all you've got, you're wrong! Because Mistress Anfisa has a lot more spit for you! Once again she lets her spit slowly drip on her hand and stirs it around with her finger. So much spit in her hand! Mistress Anfisa can pull really long threads with it. That is so disgusting that you find it really awesome! And that's why YOU will lick everything completely clean now! NOW!