Piss Mama, Why People like getting Pee. He's talking urinate, camera is running, otherwise known as piss play or golden showers. get me to give the old pee play a try. I know everyone thinks it's so funny and embarrassing, but it's coming at a weird time for my relationship. My partner recently opened up about the fact that he'd like me to pee on him. It was a sexy thing for me ... Now Watch...

I was walking in the park and I wanted to write. I have no panties, I remove my jeans shorts and boldly begin to write. This spectacle excites my friend and he sticks his dick in my mouth. 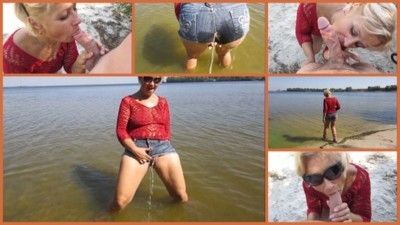 In this video I am going to make you compare your wife to Me, your Goddess.You are going to sit there and feast your eyes on my perfection as I slowly point out all my qualities, all my personality traits and compare them to hers. I am going to show you my perfect body and ask you "does she have an ass like this", "does she have tits like this", but that's only the start. I am also going to have you compare your wifes weak, passive personality to my devious, intelligent and manipulative personality. There really is no comparison is there? I honestly don't mean to sound vindictive, evil and bitchy - but I am! So today it's all about Goddess vs wife.Watch me giggle and laugh at the blatently obvious comparisons.

Once again came a nice cashletter from one of my moneypigs. And so that you can see as I open it and what I do with the money, I just picked it up once in a clipWell, you're going to make it fill the envelope more? Look at it as a challenge and try it Cashpiggy. 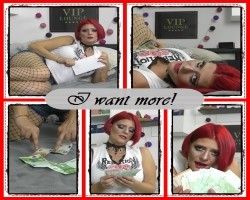 This is short clip with Mistress Natalia. She walks after her final work day (before she became a stewardess). She is happy, but her old sandals, feet, and even legs are dirty. Because the road from work to subway is muddy with much puddles. Mistress Natalia poses in her dirty well worn sandals on the stairs. She even shows her soles and toes. You also can find some great close-ups. Plus in the end of this clip you can find a bonus video from the shoes store. Mistress Natalia needs to change her old sandals and the slave must buy the new one to her. Why not? Alex must do anything her Mistress says, especially at these great days!

You know, the life of a mistress is anything but cheap. There are so many things that have to be paid. And thatÂs the point where slaves must serve. Little paypigs who have to pay my bills. So watch the clip and find out exactly how you can serve and which bills you have to pay.

My gym shoes are dirty and it's your responsibility to clean them again - with your tongue obviously! Clean the tops first and then give the soles some extra attention! But you seem to be too stupid for that ... too stupid for everything! That deserves a punishment ... a stinky punishment straight from my shoes! Get a little closer with your nose and inhale the extreme sweaty stink! Just the right thing for your slave nose ... then you'll also get a sniff from my stinky socks - after a few days of wearing them. Don't stop sniffing! I'll also use my stinky feet to kick and slap your face. You deserve to be beaten up for such a lousy job! You can't do anything right - but at least I can have some fun punishing you. Wait a sec ... I'll take off my socks now ...

I'm sitting at the kitchen counter while the slave crawls at my feet and kisses my high heels - while I'm resting one heel on one of his fingers to make sure he knows what's going to happen if the disappoints me :-D But then I want to have some fun ... and stand up to really trample the slave's hands! The thin heels leave painful marks all over his fingers and palms - and he screams in pain every time I apply weight to the heels - I love it!

When the class suspension notice didnÂt reach a schoolgirl and her male classmate, they are left being the only two people in the school! However, she sees this as a blessing in disguise since she can now have fun with a man she has been eyeing on, unfortunately, the entertainment is only going to be one-sided! The sweetheart first strips him of his clothes. By the time, he is left with only his underwear, she barrages him with a series of hits until he is too weak to resist! She then secures a leash around his neck and brings him to the comfort room where the real fun for her begins! At first, she defecates into the toilet! Once she is done, she has the victim lick her asshole clean! Shortly after, she turns around and then orders him to eat her poop! He hesitates but he later gives in to the demands! However, the woman isnÂt contented with what she is seeing, so she later grabs the back of his head and push his face down the toilet! The only time she stops is when she quenches her ravaging urges!

When I have a dick in front of me it doesn't always have to be hard when I take it in my mouth. I also love to satisfy a cock quite sensually. Come and unpack your cock and let him juice me very sensually and lovingly. 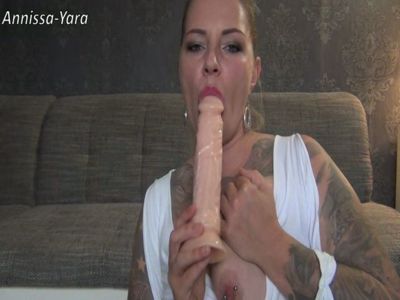 I'm sitting at the kitchen counter while the slave crawls at my feet and kisses my high heels - while I'm resting one heel on one of his fingers to make sure he knows what's going to happen if the disappoints me :-D But then I want to have some fun ... and stand up to really trample the slave's hands! The thin heels leave painful marks all over his fingers and palms - and he screams in pain every time I apply weight to the heels - I love it!

I can't stand body hair, but just for you, I let all of My hair grow for THREE WHOLE WEEKS without shaving even once!! I've never let My body hair get this long in My life, especially not in the middle of summer!! I've been sweating non-stop... my armpits are especially smelly with all the extra hair to trap in that sweat! But I've had enough, so it's time to shave it all off - and you get the privilege of watching!! This mesmerizing, sexy video shows Me shaving my armpits, legs, and pubic hair, and even has some EXCLUSIVE FOOTAGE that the individual parts don't have!! Enjoy!

Enjoy my cute, teasing views of my shapely legs, thick bubble butt and my pierced cunt as I pinch loafs out my tight little asshole! All thick, and feeling SO good on their way out as they stretch out my hole; you can hear me moan with pleasure while I drop these loads. All you need is my shit, you know, and you like it. As well as you like this disgusting smell. Imagine that this plate is your dinner, babe. A huge portions of three thick turds, different in color. Thank me for this. Thank me for this meal, loser.

I have a new slave. He's going to require a lot of training. Just getting him to resume a simple position is difficult. He just won't remain still for me. To get him used to being obedient. I'm going to start with some belt whipping. With each whip of the belt, he lets out a squeal sounding like a little piggy. I get hold of his nipples and give them a good twist, and continue with his belt whipping. After a few stinging straps, he quickly learns to respond to my instructions. Of course there's a long way to go. This belt training is only to get my bitch to kneel properly before me. He's a little thick, and I will have to use more painful training methods to make him compliant to my needs. However, he WILL come to understand the requirements to serve under the feet of Mistress Gaia.

WARNING: This clip includes My strongest financial domination mesmerization to date. Do not buy this clip unless you're ready to take a deep dive into the extreme side of financial slavery.Are you ready to make a supreme sacrifice for your Goddess? Let My words wash over you as you stare into My divine beauty. Sink deep for My voice, let My words wash over you, absorb the subliminal programming of My words and images. Go deep for Me. you belong to Me. Brainwashing / Financial Slavery / Financial Ruin / Goddess Worship / Findom / Findomme / Financial Domination / Tribute / Subliminal Messages / ASMR / Mesmerize / Mesmerise / Mindfuck / Brainwash / Track Layering / Binaural / Whispers / Whispering / Mesmerizing / Trance / Entrancement