In the middle of the night, a nurse is walking around the hospital to check on the patients. Eventually, she passes by a man who seems to be in completely perfect health with no relative watching over him! Immediately, she sees this as an opportunity to quench her late night ravaging urges! Slowly, she gets on top of the man and then takes off her lower garments! By the time she has exposed her asshole, she starts farting on the victimÂs face! Because of the odor, the guy eventually wakes up, but before he could do anything, the woman starts peeing on him! Some of the piss enters his nose and mouth, causing him to gulp down mouthfuls of it! When she could no longer release anymore, she easily walks away from the scenario while the guy is busy catching his breath and recovering from the incident!

124048 - The fetish butler gets a taste for cigarettes

What do I see? A disgusting, tiny piece of shit! Why are you so stupid and creep in front of me on the floor? I'll squeeze and Cru.sh you disgusting little bitch with my Sneakers! There is no use in whining or begging,

Limel was angry with her boyfriend and discounted all his anger in the balls of his slave, she castrated the slave and humiliated saying that he will never have sons!The slave agonized and screamed in pain at all times, with kicks and thrusts very strong, she did not stop, the slave pleaded for her to have pity, but she did worse, used her heel, the soles of her feet to crush and also a whip

Mistress Jane prepares her very special champagne spit for you today. She holds an empty glass in her hand. Then she gets very close to you so you can see her gathering spit in her mouth. She lets the spit run over her lips as she looks at you. It drips into the glass. Mistress Jane spits again and again, sexily into the glass. It fills up more and more and you can't get enough of the sight of it. And then your time has come. DRINK NOW!

you're a pathetic, drooling, weakling for Our bodies in shiny, tight rubber. We are more than happy to exploit this weakness, you sad little loser! Watch Us lube each other up and drool since you'll never be able to do it yourself, even despite all your begging! Can you handle being verbally eviscerated and teased mercilessly by Goddess Lilith and Divine Sarah DiAvola??

Today my slave's hands are my floor. In this clip I trample the hands of my slave with light brown boots. The ankle boots have broad heels which are very sharp so that after a short time several scratches and wounds on the hands of my slave can be seen. I enjoy it when my whole weight presses on his hands and he has to suffer great pain. Nice for me, painful for him. That's the way it has to be. Enjoy the clip. Running time: 4m02sec.

Goddess D visited Goddess Lilith for the first time after Exalted, and discovered that they have amazing chemistry together! It was only natural to decide to torment one of Goddess D's slaves that She brought with her to the event. you won't believe the electricity between these two as they stomp and smother this completely restrained human rug - he had no idea what he was in for, getting his breathing cut off by one Goddess's perfect ass at the same time as his body was getting trampled by the boots of the other!! Watch them trade off and take turns tormenting him in different ways!

Mistress Zora is smiling at this cuddly rabbit, but she has something very special in store for him. She puts him in front of her on the bar stool and swings her leg over the cuddly toy. She sits down with her sexy jeans ass on him. She squeezes him hard and covers his whole face. That's exactly what she could do with you. First smile friendly and then take your breath with her sexy ass and make you a human chair. Jeansgirl Zora loves to flatten everything under her ass. And you are next - understand?!

My girl slave Chanelle is at it again folks! This girl just canÂt get enough of my ass! Despite the strong ass smell from my ass that I donÂt wash she simply loves to worship it for me and endure such discomfort and suffering for my sadistic pleasure :-)ThereÂs just something very special about one girl standing on her knees while sniffing ^licking the other girlÂs ripe & smelly asshole. Chanelle is a master at grinding her nose into my ripe asshole, sniffing up my ass stink for my and then working her soft & wet tongue expertly into every smelly wrinkle of my asshole to wash away and taste my ass stink. DonÂt miss this one and be sure to check my store for the first installment ÂLesbian Ass WorshipÂ xoxo

You are crazy about my feet, all you do is dream about them wishing you could worship them all day long . You wanna taste pretty little feet , kiss them, lick them, suck on them. Thats your deepest desire. Keep on dreaming !! All you get is the horn , the skin of my feet. Eat it and be thankful!!

Two sexy females, one with huge tits, wrestle naked in the mud and slime, you would think the sluts are wrestling in shit or manure ? ..but I guess it's mud.Really a big turn on, seeing sexy females wrestling, in all the slime and covered in mud !!

Gina is a 6ft tall Amazon and for the part where she stands on me full weight you can see her foot sink deep into my stomach. I had stomach pains for 3 weeks straight after this shoot, my guts were completely crushed. 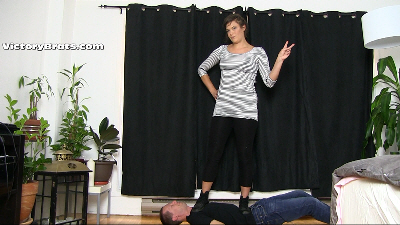 CUSTOM REQUEST - Gaia returns home after a night at the disco, closes the door, pulls off her shoes and with some sensual dance moves to the bathroom. On the sofa is Antonia the mother of the roommate who is a loser and always says her prayers. Gaia approaches her dancing and begins to disturb her by whispering her nocturnal adventures - I have something interesting to make you adore - she says, then climbs on the sofa and gets Antonia to kiss her foot. A little later she gets bored and decides to leave but suddenly thinks again. Her expression becomes angry, she jumps back onto the sofa and slaps Antonia with her feet, and begins to give her a good footgagging. In the end Gaia also gets her to kiss and worship her feet. Giving her a warning, that from today your prayers will be to worship your new goddess...

Charlie had too many drinks last nigh and now it's some time around lunch and he is still sleeping on the sofa like a baby. His friend Sofia has other plans for him. She woke up early, went to the gym and now she want's to have some fun with Charlie. Her feet are sweaty and smelly and her socks too. She didn't have the chance to shower and change yet. Than it comes to her that she could wake Charlie like this - with the smell of her socks and feet. So she puts her foot in Charlie's face and in few seconds he wakes up wondering what is the strong smell. When he opens his eyes he sees these sexy feet but so so smelly right now. He just wants to sleep but Sofia is relentless and she just won't let him sleep. He has to either massage her feet of to smell them. Charlie fights for a while but he's to tired to resist so he chooses the foot massage. But that's not enough for Sofia anymore, she wants to have fun and making Charlie smell her feet is a lot of fun. So she makes him smell her feet and socks over and over and over and Charlie don't fights it anymore. He rather smells her feet and socks, kisses them, and does what Sofia wants, hoping she will let him go to sleep again.

Goddess Levana is a spoiled mistress who is used to getting her wishes fulfilled immediately and you're the one who's going to fulfill them! She wants to buy new clothes and shoes! What does that mean for you?! Well, what are you waiting for? She stretches out her hand to you as a matter of course and you give her your hard earned money! She has long since wrapped you around her finger and you can't help but serve her financially! 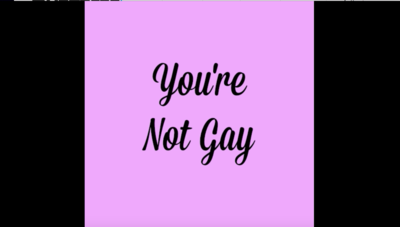