Clarissa and Dorothy are just about to show their merciless sides! Cruelly and brutally they punish the footboy, stomping his belly and chest, trampling all over him, standing on his face and jumping all over his body - in and out of their stinky shoes! Poor footboy tries his best to endure the torment, but there are kicks and jumps he cannot withstand and groans in pain! As time passes he loses all his strength and lies there suffering under his cruel tormentors. His head becomes red, then purple and the veins on his neck almost explode from the pressure! Of course the girls do not miss a single chance to make their victim smell their shoes and lick their feet as well as to get him foot-gagged!

Adore hot Jenny in the bathroom! She's only wearing her dark-blue jeans and gets into the shower! She checks the water temperature with her hands first, then starts pouring it over her jeans legs! The water makes her jeans even darker and you may watch her as slowly the whole jeans gets wet. Of course she sticks her ass into your direction as well - enjoy the view!

Ayla's standing in front of the sink and has to pee. She can't stand the pressure any longer, so she undresses completely and squats on the floor, until it runs out of her. And you're up close to it!

Today I have my slave on his knees waiting for me. He has been in a stressful position with his arms bound for a long time. It's part of a punishment I am giving him. He is also going to worship my feet and learn to obey me in future. I begin by getting him to lick the soles of my sandles, he seems to be having some difficulty and mumbled something as I press them hard against his face. It's time to shut him up, so I decide on some foot gagging. He must keep his mouth open wide, and enjoy the power of my foot as I shove it to the back of his throat. However, the stupid slave keeps moving his head so I have to put a stop to that. I get my leather belt and whip his nipples before pulling it tight around his neck to keep his head in place. If he moves too much he will choke himself. I continue to push my foot to the back of his throat while pulling tightly on the belt. What a great pleasure to see him suffer, and so amusing as his gargled squeaks are stifled by my beautiful feet at the back of his throat...

I have a toilet slave who loves getting scat training. He was very lucky that I am ready to give him my time. He will have to earn the privilege of enjoying the luxury of eating my shit. I start by getting my whore to lick my shoes and find out his place. Then I order him to put his face in my beautiful ass. I do so that his face is right there when he tries to catch his breath. He must understand that he is my slave and always worships my feet. When I'm riding on his face, it's time for him to enjoy his enjoyment. I tell him to open his mouth to get my shit. My pile of shit sits neatly over his mouth and face. Now he has to eat my shit and lick my beautiful ass. How lucky you are today, stupid slut. Did you enjoy forcibly eating my shit? Next, I put the collar on a slave and lead him for a walk.

I'll use your face as a doormat - to clean my dirty rubber boots on! They're see-through rubberboots - but in the beginning they're still full of dirt - but the more I stomp all over your face the cleaner they get! Oh, the deep tread hurts your skin? Well, you didn't really expect mercy, did you? Your whining only makes me stomp your face harder - or I just jump on it - get my shoes cleaned and your face crushed at the same time!

Jade introduces herself to her shrunken convicts. Her planet used to have jail time but ultimately did away with it since it was a huge waste. She explains it all to them. SO, now days when someone commits too many crimes they get shrunken and executed by the government's official convict executioner. Before the government found Jade, Katelyn was the convict executioner. Initially she was really good at her job but then she started keeping them as pets- she had a whole colony of them. Jade then tells them how her boss watched her gobble down that entire colony and that's why she has this job now. Jade really wishes people would behave more badly. She doesn't get enough convicts to eat or crush. Since she gets so few per day she's made to entertain herself with them so she doesn't become bored. While picking them up and carelessly dropping them back into the glass dish, she tells them she has to amuse herself. All of the shrunken convicts are also very immobilized so there's not much they can do to save themselves. There's really no way they can escape from her. To start the fun, Jade stands up and slowly sprinkles them on the floor. She laughs at them and to show them her power she crushes a few underneath her high heels. She loves the sound of bones crunching and finishes one off by skewering him with her pointy high heel!They're all so helpless and pathetic and even better yet, Jade doesn't care what happens to them. She sits on her clear chair while slowly stripping her sexy space babe executioner outfit off, while crushing more in the process. Once it's off she lays down on top of all the shrunken convicts with her large sexy nude body. She's having so much fun, in expense of all of the little people!She likes crushing them underneath her breasts and any erotic part so next she lowers her perky breasts down to the carpet and crushes some more. They survived her boobs, thanks to their soft suppleness, so she mounds them up and tries to finish them off beneath her ass. The carpet is so soft they're hardly crushing so she picks them up and tosses them onto her hard clear chair for some real ass crushing!! Rocking back and forth on the chair, she finishes off the majority of them. She also crushes one lucky fellow between her thighs! What a satisfying crunch. "Squish Squish!" She stands up, shrunken people stuck to her butt, to see how many are still alive. All of those who were stuck to her ass are still alive! They fall to the floor and then she finishes off all the rest of the shrunken convicts by twisting and grinding them all into the carpeted floor. They survived her butt but they wont survive her foot! She has so much fun hunting and crushing each and every last one.

Yeehaw!Iâm cowgirl SamanthaStarfish! And I have the biggest asshole in the west! I love stretching my filthy, shitty shithole open! Watch me insert my inflatable plug into my dirty poophole and stretch it open until itâs about to burst! Then I grunt and groan and push that huge toy out of my ass while itâs fully inflated! That toy stretches my shithole open! It gapes so wide that you can see up inside of my dirty ass! Look at all the poop in in there! What an amazing, gaped open shithole!Enjoy!

I control you, I control your finances, I control every single thing you do and of course what you spend your hard-earned money on! Money slavery is your fetish!

I'm sitting on my computer playing around and completely ignoring you. Such an amazing video of my feet up close showing every inch from my perfect little toes all down my smooth sole. 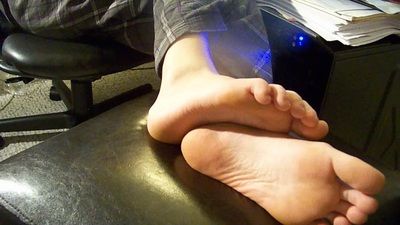 We love to shit everywhere but our kitchen floor is still undergoing renovation. We covered the place with paper so we can go right ahead with our shitting game. I let out a hard stream of scat, spreading all over my ass and the floor. My guy is so turned on with what he's seeing, he makes me blow him with my shit-filled mouth!

Today Anabelle's going to take a shower while she's wearing her light blue and tattered jeans! She turns the water-tap on, so that the water runs down her tasty legs in jeans immediately! And you are the lucky one who may watch her. She sticks her hot butt towards you and enjoys the water jet between her legs! Salute her jeans for glueing on her skin so sexy!

I was constipated for 3 days and while I was having coffee at the neighborhood coffee shop I had to shit really bad. This is very close to the biggest shit I've ever had in my life...its HUGE! The longest poop ever and left my asshole pretty messy!

No mercy for the footboy - our 18 y/o Dorothy did it again! She made sure, that he won't forget this session soon. She starts his trampling in high heels, then goes on to barefoot jumping and hard surprise stomps. Her only point is: trampling is not to be enjoyed by its victim!

I love pooping in public places! The thought of getting caught turns me on so much! Today Iâm going to go out on my balcony and push out a big, fat load of shit for you! Iâm going to moan and groan and grunt so loud as Iâm pushing out these big turds! I want my neighbors to know Iâm a dirty shit girl! And I want you to know Iâm pushing out this load of shit just for you!Enjoy!

Today I accompanied Mistress Melissa to the Como Lake. Since the mistress complained of having too warm feet because of the heat (36° at Milan), I thought it was an excellent idea to take her in a place where she could cool off in the water. Melissa had a lot of fun splashing her hot pretty feet in the cold water of the lake! She was in seventh heaven, so excited to the point that - after the video shooting - she thanked me... in a way that I can't tell you :) 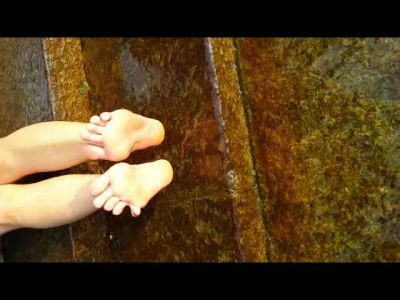 69234 - Your goddess makes you drool - teasing and subordination!

Iâll fuck your loser brain forever - after today nothing will be like before! Well, little drooling loser, you want to adore the sexiest goddess of the world? Iâll give you a few minutes before I finally fuck your brain forever! Get on your knees, slave! Thatâs your place, there you belong! Dirt to dirt *lol* Look at me from the bottom like a good slaveâs supposed to! Adore and worship me!

Check out this amazing collection of my BIGGEST loads of shit EVER! These turds are so massive! I love how amazing it feels when I push out these monster loads of shit! Look how my shithole opens up and all this poop comes sliding out of my smelly ass! These are some huge turds! Look at how big and sexy they are! I hope you love big loads of shit! Because these turds are HUGE!Enjoy!