BizarrBoy is wrapped in cling film. Mysteria plays his nipples with clips and chain, facesits him and tramples him with her high heels..

Despina went out for a dinner with this boy and she notices that he seems to have a foot fetish! It seems like he's got an obsession about her boots so she wants to know more about his fetish! That was a very long day with her boots on so she asks him to take them off and see what happen with her feet! They were very smelly and the aroma was really strong! Despina notices that it seems to turn him on so she begins to rub her smelly feet in his face! She seems to make fun with this so she makes him take some deep breaths in her feet! She also wants him to lick the sweaty bottom of her filthy nylon feet and dip her toes into his mouth for her own personal pleasure! What a weird night!

Today slave you will smell and lick clean my armpits before feeding you an nice mix of shit, with few drops of pee and spit all mixed in the ice cream cup given to you by fork to eat this nice smelly delicious mix , fast food coming right away slave get on your kneese and eat ! 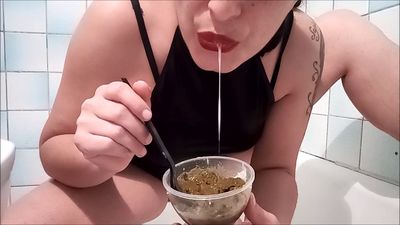 Rose was really curious to know what it's like to own a personal footslave and oblige an unknown person to smell her nyloned feet after a nine to five shift! I just can't believe it! He will never survive to my feet! They are so wet and stinky after work! What about I make fun at him for thirty minutes? Rose was really excited about this so we gave her a chronometer to enjoy every single minute of this challenge! She makes him take her shoes off then completely smother his face under her sweaty nyloned feet! Her smile of satisfaction tells a lot! How does it smell? She makes him take some deep breaths in her feet and also asks for a foot massage! Your face is just the perfect spot to rest my feet after a full day sweating in my shoes! Rose is only 18 y.o. but she already shows a lots of attitude! She makes him lick the sweaty bottom of her nyloned feet and suck on her toes as a devoted loser slave!

Liberty is a really cruel and dominant brat and she loves to humiliate and manipulate her slave all the time! She knows that she's hot so she's playing with his mind all the time! That was a long busy day so she needs to get ready to party all night! She tells her slave that she's planning to have sex tonight but not with him! Liberty knows how bad he likes feet so she teases him with her shoes! She needs to make sure he stay addicted to her so she makes him sit on the floor to serve as her slave! She makes him take her shoes off then completely cover his face with her sweaty nylon feet after eleven hours in her feet! Don't you like that smell from my sexy feet? Sniff them! Liberty also makes him lick the bottom and suck on her toes! This is the only sex you are able to get with me! Kiss my feet loser!

161438 - Bondage and HomSmother With Cruel Mistress Sofi in Leather Gloves

My slave thought again, he can jerk off without my permission. This time he had to be punished really hard, so I thought we would make a little rtgame. 20 Minutes later his punishment was sentenced. 100 faceslaps, 60 kicks to the balls and 180 hits with my cane. He was so afraid of his punishment and he couldn't sleep for a week. During the punishment he started to cry, whimper and begged me to make breaks. But I didnÂ´t care. He had to be punished for his mistake. I hope now he learned his lesson. Although I had so much fun doing it. Special Guests: Sam the Cat and Bella the dog :DLanguage: German

My slave should properly clean my dungeon but the loser has not done so to my satisfaction! So follows a very special punishment... I'm going to trample his penis. He will lie down under my trampling stool and bring his loser penis into position. Let's see how much his cock can stand! My boots are waiting to make his cock really flat - and they will! The loser can scream as long as he wants, if I want to trample his cock for punishment then that is what I am going to do! Finally, the slave may then of course thank me and lick my boots!

Angela is now in complete control of her slave and she likes to make fun at him all the time for no specific reason! She just loves to dominate him and play with his mind! She makes him bow down at her feet to remove her shoes off after a long night in her feet! She knows how bad he likes her precious feet so she just covers his face with her sweaty nyloned feet! Don't you like that smell? Are you addicted to me now? Take a deep breath! Her feet were extremely warm and very smelly that night! Angela just make fun to rub them all over his face and makes him lick the sweaty bottom from heel to toes! She also wants him to sniff and lick the inside of her shoe! This must be so tasty!

Bitchy stepmother with big tits, along with her depraved daughter, a schoolgirl, spit in her stepfather's mouth completely filling him with saliva. Domineering Mistress Sofi in a sexy leather dress punishes her submissive husband for not taking her daughter from school. Playful but dominant Princess Kira in the form of a schoolgirl pervertedly spits in the face and mouth of her stepfather-slave, thereby supporting her mom. Both Mistresses chew gum, which are thrown into the slave's mouth during the video. Mistress Sofi smokes a cigarette exhaling smoke into the face of a loser who obediently lies with his mouth full of saliva from his tormentors. The depraved mommy gives her daughter a smoke so that she then spits bitter saliva with nicotine into her stepfather's mouth. Towards the end of the video, Kira picks up a smartphone and records a close-up of a slave's mouth filled with saliva while mocking him.

There is no way around it. The slave must now undergo a pain test! Goddess Yasemin whips him with the crop and wants to find out how far she can go. What can the slave endure? How hard will it become for him? Goddess Yasemin first plays a little bit with him, slowly tries to get closer - and then hits harder and harder. The slave is trapped in complete uncertainty - how hard it can get?and !

OMG! Let me introduce you here this 18 y.o. Brat Jackie! She heard about our site from L1berty and she was really curious to experiment the domination of a slave! She really wanted to try this! She did a bet with the slave that he won't be able to survive with his nose in her socks for 30 minutes after a full day with her 4 y.o. filthy pumas! You have no idea how bad they stink! She wore the same socks for three days to cheat on the deal and to make sure he won't do it! Jackie is now ready to operate with her chronometer and just can't wait take off those filthy pumas! Are you ready now? Take off my shoes and let's see your reaction! Jackie completely cover his face with her sweaty white socks with zero remorse! You can see with the cruel smile on her face how bad she enjoy to see him suffering! She rubs her stinky socks all over his face and stuck one of her foot really deep into his mouth! She also wants him to refresh the her socks with his juicy tongue! Instant heartburn and strong addiction! Top 10 Experience? Yes!

I payed a prostitute to shit her panties and sit on my face with her shitty underwear. She later removes the panties and let's me sniff and lick her shitty asshole. PART 2 - In this part you can see her taking a comfortable position to shit. You can hear a small fart and some squishy shit noices. 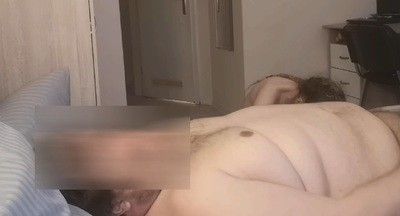 Today I have a very nasty surprise for you ;-) come on put your face between my chubby ass cheeks so i can begin. I spread my big beautiful ass and begin farting right in your face - mmm... make sure you take deep long breaths since I stink so delicious. After IÂm done farting my gas right in your face I decide I mine as well let all my shit out too. I begin letting out some intense loud farts while pooping. I spreading my ass cheeks wide so my arsehole is directly in your face in HD releasing big load into your mouth while my arsehole is so filthy with shit still stuck to it! This video necessarily must have in your collection and I hope you are all enjoying my nasty videos because I tried really hard for all chubby girls fans!

Have you ever wondered why you're so addicted to findom? Why all you can think about is that next tribute? In this clip Enchantress Skyla expains why you're so obsessed with findom from female supremacy to humiliation to power exchange.