Kira R grabs her girlfriend Gretta and throws her on the bed, because she wants to show her once again who is the more dominant of the two lesbian jeans girls! Gretta has no chance and soon is lying beneath the jeans ass of her friend! Kira R uses her face as a seat cushion and makes herself comfortable on it the way she likes it! Kira is riding Gretta's face properly and rubs her jeans pussy against her face! Then she gets a good spanking smack on her tight jeans ass!

SAPHIRA and JENNY, the two brutal Goddesses, are in a mood for some brutal action. They call the slave and then begins a brutal face punching and slapping session. For them, it's just a way to have fun, and the slave takes all the shots in order to make the two Mistresses happy and relax. The vicious face slaps and punches, without forgetting the body kicks, are raining on him as the shots are coming from all directions. You see, being beated up on a regular basis is part of the game when you're Saphira and Jenny's slave.

You never saw me in such a sexy dress! Wearing a tight latex outfit I will order you to visit me. I will be your nurse - and I will check your sperm! Do you believe I can help you? Give me your dick and find it out! 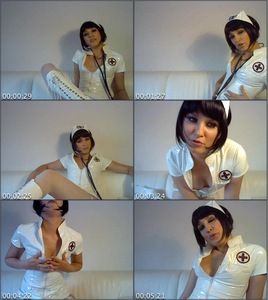 Dirty professor is trapped in the small room by two blondes Teodora and Sibilla. They are great combination of evil and sadistic tendencies. Pretty, in every sense, they disturb his family life and destroy him. Fat gnome dies for their feet.

He is a guy with suspicious preferences and weird tales. They are the girls ready to fulfill all these perversions. They are Candy and Teodora. Faceslapping by two beauties.

Erina's in love with trampling ever since the first time she tried it and by now she's gotten unbelievably cruel and mean. She steps on her slave's naked chest and immediately digs the sharp heels of her shoes into his skin. She even jumps on his chest wearing high heels and stands on one foot only quite some time. Of course the slave's head isn't spared by his mean mistress and she also makes him kiss the dirty sole of her shoes while standing on his chest. After a while she allows the slave to take her shoes off - but of course she keeps standing on his chest and while he tries to get her shoes off with shaking hands her whole weight comes down on one foot only! Even after taking off her shoes Erina's slave has to suffer quite a lot as she can now stand on her tip-toes, trample his throat, step on his face with and of course finish him off with some good jumps!

A sexy girl driving a SUV in streets of Miami, she's driving in Repetto shoes and nice close up. 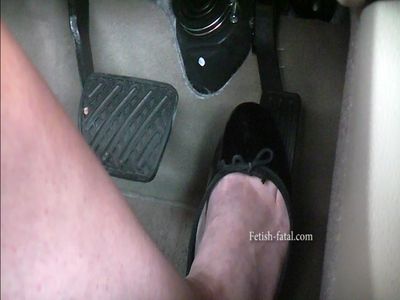 In this video trample many peanuts and an apple.I wear tight jeans and ankle to toe red shoes with strass encrusted heel 16 cm. 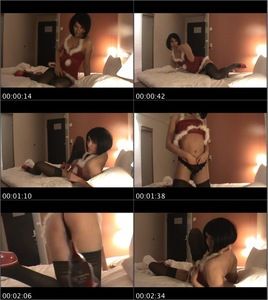 Lola is cleaning the home floors on knees on the ground. She is wearing her sexy hotpants and her worn high heels. Very nice close ups of her sexy legs and ass and of her high heels, too.

Today Coco takes her human pony and rides it the way she likes it. But this lazy jade is not so fast... Riding mistress Coco has no other choice than to use the whip because of this... But the result isn't what she expected... She persistently continues to push him further - until it collapses after a while, completely exhausted...!

He didn't do what Susanna ordered him. That's why she bound him and makes him beg her forgiveness. She puts her dirty riding boots on his face and whips his body - until she's convinced that his apology is sincere!

Your foot goddess still lies in bed sleeping. But her feet are hanging out of the bed, and you're so close to them... her feet slightly glide over another, she seems to wake up. But you little piece of voyeur won't let yourself get distract from anything and just keep on enjoing that fantastic foot look!

Two probably best bodies on the site (and beyond) are in the deal to mistreat one small victeem beneath them. Kacie is a little fly who deserves to be crushed by these pretty bodies. JJ and Drew have fun over her just to satisfied their needs. Side facesitting. The girls sit and bounce on her face with their asses.

Brutal girl Kasha enjoys to play with her victim's breath. Again and again she prevents his breathing with her hands. She wants him to shut up and when he tells her he can't take it anymore she just continues. She decides when he's allowed to breath and when not.

Mistress Kitty destroys her slave's face under her high heel and feet. First she use the slave's face like a footstool under her high heeled sandals, she digs her heels in his face and eyes hardly, crush his face between her soles, crush his tongue and stomp his face. She then begin to kicking and slapping him. she slap him with her hands and shoes, kick and stomp him over and over with her high heeled sandals and feet. Mistress Kitty is realy without pity in this clip.

Candy Blade is at her best degrading her footslave into a crying and begging piece of shit! With the aid of Clarissa, she systematically and relentlessly breaks her slave, making him shake in fear! He must kiss her shoes and lick the bottoms clean; soon he learns Mistress Candy doesn't tolerate any hesitation or lack of enthusiasm: she slaps him repeatedly to carve this in his mind forever. He must deeply inhale the suffocating stink of her shoes, however, no breath is deep enough for a cruel Goddess! Smelling her socks comes next and the torture rises to a new level. Candy wore these socks for more than a week in a row, working shifts over 12 hours in them every day! The stink is nowhere near pleasant even for a footfreak, these clammy socks reek the putrid stench of hundred hours of intense labour, their fetid fug is simply one of a kind. Yet he has to breathe this rotten stink in his lungs and keep it in while Candy slaps him in the face! But even this isn't enough for the gorgeous tormentor, he has to take the whole sock in his mouth while smelling the other, until all the salty-vinegary sweat is dissolved within! She doesn't give him a moment rest, yells at him in anger urging him to a hopeless strive to please her! He is ordered to fill his lungs once again, now with the piercing strong vinegary stink of the fresh sweat in between her bare toes, slaps and kicks in the face he gets in return. He must stick his tongue out and let her Mistress wipe her sweaty soles into it, later he must lick those velvet-soft wonders like a dog while being constantly verbally humiliated and shouted at! For the finale he must open his mouth as wide as he can to take Candy's feet in, and let this unmatched beauty trigger his gag reflex and make him choke on her divine toes! Suffering, fear, total enslavement and surrender, that's what serving Candy Blade's feet really means!

Steve has bet Liz that he could stand her Head-figure 4 hold for 5 minutes without giving up !!! Lost !! He had to tape out 3 times in less than 3 minutes !! Full strength holds !! 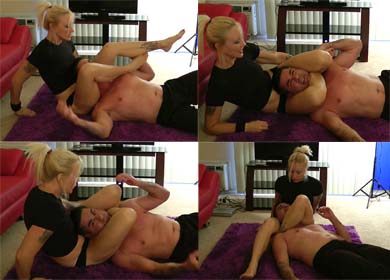 *Mistress Onyx sexy toes make you spendI know My breasts are gorgeous. I let you get a glimpse of them and My super sexy ebony feet. My toes are perfect aren't they foot fetish freak. I know you'd like to lay your cock in between My perfect breasts and suck on My toes. Never loser and I can say NEVER. you are too weak for a Dominant Black Bitch like Me. you are pathetic and this angle of My beautiful body makes you even weaker. Buy now loser. Pay your cumTax.

Come on, moneyslave! I want your dough, and I want it now.I plan to buy new shoes and make-up. With the money, of course, that you will give me.You are the loser having to go to work and I'm the lucky one going on a shopping spree. That's the perfect division of labor.But first I will count the money you have given me to see whether it's enough!