You've fought off your natural instincts for so long...aren't you tired of it? Give in to them, and give in to me. I know what's best for you and your goals, I know what you need. Too long have you wandered through life never truly fitting into place. Wanna know why? Because you haven't allowed yourself to fully succumb to your true calling. You, are a beta, you always have been. It's okay though, because you're MY beta! 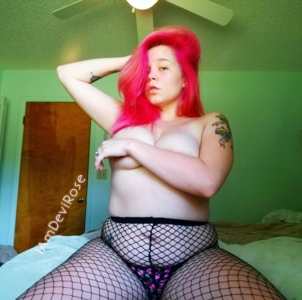 Suzy only gives her victim 10 seconds to escape while pinned beneath her body.He panics and tries to escape, but is just too weak. She relishes the moment when she smothers him beneath her breasts, causing him to flinch, cry and struggle to escape.His cries and smothers between her breasts turn Suzy on, and you can see the expression on her face on how much she enjoys smothering him.Unfortunately not much can be said for her victim, as he almost pukes from the smothering...

Our slave is going to be to look ridiculous today as we subject him to some disgusting training! The egg bread tastes good, but our slave should also get something. That's why he gets pre-chewed egg bread to eat! I spit it at my feet, Lady Chanel spits on it and drops her cigarette ash there too! What a mess, but the slave's going to clean it up. He gets the order to lick everything up and swallow it all! I step into the disguting mess with my high heels and make the slave lick those clean too while Lady Chanel uses his body as a foot stool!

CUSTOM REQUEST - You are an ancient queen sitting at your royal throne waiting for your girlfriend the dominant princess. Your slave serves you as an obedient pet, he is your property and you tease and deny him while he cleans all your shoes brushes your hair. The princess enters the throne hall with her boyfriend the dominant prince. You discuss how will enslave the whole earth, while you make the slave suffer by humiliating him, teasing and denying him while he worships the prince and the princess...

It is a long day at work so this boss leaves his office at night, but before he could step outside, he is pushed back inside by three women, all of whom have familiar faces! Apparently, they were the ones whom he has laid off for unruly behavior and they have come back to take their revenge! Immediately, they strip the man of his clothes and then make him lay on the floor! Without further ado, one of the culprits gets on top of him and feeds him with her pussy! Not long after, she starts peeing into his mouth, leaving him with no choice but to swallow every drop of it! When there is nothing left for her to pee, a different woman takes her place! This goes on until the last lady has gotten her chance!

It's training day!! I'm going to teach my slave some wrestling moves. He said he doesn't usually do mixed wrestling, and he doesn't want to hurt me. Well... we'll see!! I told him that if he loses, I'm going to well and truly fuck his ass and I mean literally. As we get down to the contest, I quickly take control putting my bitch in a lot of stressful and painful holds. He quickly begins to run out of steam, and after some tap outs I am declared the winner. It's time for my bitch to receive his losers badge. I put on a strapon, and give him a good ass fucking until he is exausted. He now knows he is no match for me, and from the beginning there was never any contest...

What are you doing? Are you seriously pumping your stupid cock without my permission? How many times have I told you to stop doing things like that?Well guess what? Now you are going to sit on your bitch hands & take the strip tease & ass worship of your dreams while being denied the opportunity to touch your slave cock. You didn't ask permission to touch, so now you don't fucking get to, stupid slut. You will obey, or your privileges will be taken away all together. So shut up, sit on your hands, and listen the fuck up!

The gag is now in his mouth. Mistress Zora doesn't want to hear a sound from her slave. He kneels on the ground and holds his ass still. Zora smashes him with a crop. The blows clap loudly on his slave ass - one blow after the other! The slave has to take a lot because Mistress Zora tries different crops on him and beats him brutally. The whip hisses loudly with every blow, every slap on his butt. His ass will be very red when she's done with him!

Jack gets jumped by two girls - Daniela and Madam Cat - while he's reading a magazine on the couch. They sit next to him real close and start to blame him for some stuff he did. Jack tries to go away but the girl hold him down every time he tries to get up and he now figures he's in trouble. "What to do with him? He needs to be punished" says one of the girls. "You're right. I've heard he's really ticklish, so let's try that!" says the other and then they starts to tickle Jack using their feet and toes. Jack is helpless, he has to laugh but really he's suffering. It goes on and on he begs for mercy now but the girls are not finished yet. But then Jack tells on Daniela one bad thing she did to Madam Cat and Cat joins with Jack and start to tickle Daniela's feet without mercy. It's two on one situation and Daniela can't do anything only to take the tickling of her soles. Than the roles turn and some dirt on Madam Cat is also spoken out loud. So Daniela and Jack join together and tickle Cat for a change. They are all done now and nothing is left to do other than breathe it out...until the girls decide that Jack's punishment was not thorough enough and they give him their tickling spree again.

Well in this dress my tits look particular delicous. This deep cleavage you cant resist. You locked up dick gets excited just by the preview, isnt it. Like always you need my perfect, big tits. You crave them more then anything. Go down on your knees and get the tease and denial you crave so much.

You are a grown man yet you cannot handle being spoken to like a wee little one. A scolding is in your near future!You have been misbehaving like the immature little man you are, so you are going to take a time out! I hope you are prepared for this timeout, I can assure you it will be the most pleasurable misery of your life.Taking a "Time Out" takes on an entirely new meaning.

We ladies love to dance and if we have a slave to use as a dance mat that just makes it all the more fun! His screams fit well with the music? Hmm, perhaps not. But does he think we'll stop just because he' screaming? Definitely not! If we want to dance, that's just what we're going to do. So our heels press mercilessly into the slave meat and he just has to endure it. Frankly, it's an honour for him that we bother with him at all. But it's becoming a bit annoying that he just won't stop screming. Does he want a kicking? Apparently so! What about you? Are you next?!

If you don't meet our standards, you go in the cage. It's as simple as that.You fell short of our expectations and now you find yourself incarcerated. Caged. Locked up.We can't say how long we will leave you in there - we haven't decided yet.But what we can tell you is, that just out of your line of sight, we are planning a full on fuck fest with a couple of our hung studs from our harem. So you will be able to hear everything that is going on, but not quite be able to see.Exquisite torment, as you listen, locked up, impotent, to us enjoying the delights of the flesh mere moments away.Enjoy.

I've found a bunch of these little pervs in the bathroom - they really thought they could peep on my while I take a bath! I'll punish them ... with a bath ... a bath in my spit! I drop one after another into the glass and then spit into the glass. I even threaten to swallow one of them alive ... but then spit him out in the glass as well. As more and more spit goes into the glass they've to swim for their lives ... but I wonder how long they can keep swimming? When will they drown in my spit?!

After being in the dungeon all day, beating boys into submission, my feet are sore and sweaty and achey.I need a good foot slave to rub them better for me.And what a treat that will be for you - you love my feet, they make you so weak at the knees that you crumble in their presence!But I need a damn good foot rub and the only way I'm gonna get one is if a true foot fanatic does it for me.And that's what you are, right?I mean coupled with the view of my beautiful backside, you really are in for a treat!Don't make me regret my decision, you'd better give me the foot rub of my life! 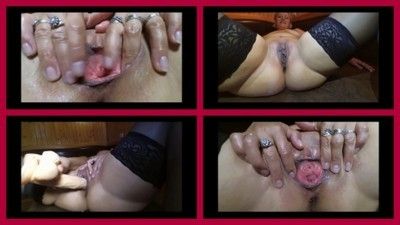 "Sheer Black Stockings" MP4 video file. Stunning mix art video featuring My lust for a new pair of fully fashioned Cuban heel backseamed stockings with keyholes galore! I just love the silky feeling under My ciré opera length gloves. Wear headphones because I want you to listen to My voice via My sensitive microphone. Soft gentle breezes through My window, rhythmic and soothing and in perfet time with My words - My questions - My commanding intent. The focus is My pleasure and of pleasing Me. My pleasure is your priority. I hold little back in this clip, it is very intimate and specifically for those that find My erotic sensuality and clear Feminine dominance utterly irresistible. Silky to see and silky to hear, you cannot resist that which is so beautifully organic and effortless.(designer FF stockings, high heels, sensual dominant tease, light conversational mesmerize, perfect body worship, gloves, leg crossing, no humiliation)