Chanel squishes my face and head under her gorgeous bubble butt! She looks so good crushing my skull she even takes a few selfies. 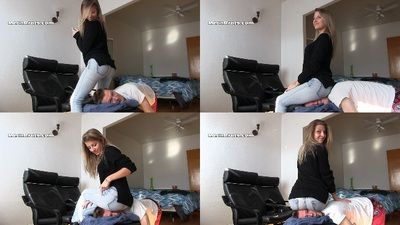 68646 - The Hot, Mainstream Models Come Out On Halloween Night (Part I)

This Girl Miss Selena is protecting Her identity because She's a mainstream model and doesn't shoot fetish/adult materialHowever, She loves the idea of owning financial $laves so She gives you Her personal email address, while also making Her slave remove Her heel-boot & shoving Her sweaty foot in this loser's mouth!Then She orders him to clean in between Her toes while She kicks him HARD in the face! She switches from Her Domme session outfit into Her Halloween costume - a pretty ballerina - and tramples 'n dances right on loser's face while giggling.Want this to be you? Want your wallet drained by a classy & snobby Black Girl? Email Her Highness for a real session today, in-person, webcam or custom videos!

An instructionnal video in which Kristiana demonstrates some of her holds, explaining to the camera how to apply them effectively to make her opponent submit ! Each hold is 3 mns long, Kristiana details each hold, step by step and how to make them inescapable and deadly !! Dummy Steve can barely handle it and quickly turns all shades of purple under the pressure of her legs, arms and ankles !!!In this clip the COMBO ARMBAR/ANKLE CHOKE . 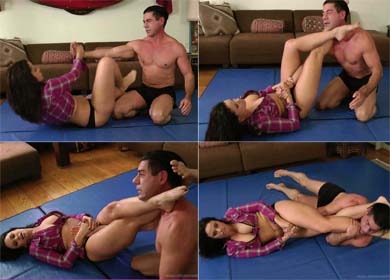 We took an adventure to the world of serious foot abuse: Clarissa is the victim, who has to endure sole whipping by leather belt. She shouts and agonizes in pain, cries real tears and begs to let her go, but her tormentor is not in his merciful mood!

Mistress Maria i Mistress Katharina are tired from walking trough town, and they are laying on sofa and gives order to slave to dedicate attention to their shoes and soles...

You love it to see me in my sexy heels and latex leggings. I've got a nice video, as I walking outdoor in this hot outfit. Here you can also see again my beautiful ass, especially as he come into full effect in Latex. 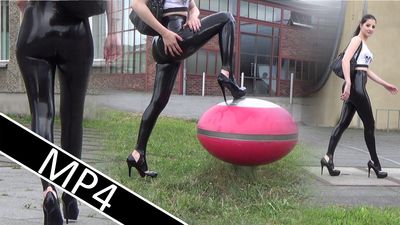 After the First high heel trample, Mistress Dark get her high heeled shoes licked clean while she relax on the bench. The slave lick her dirty soles and heels over and over until they are clean.

*Custom Clip*: "Please make a nice close-up clip of your mouth. Showing off your pretty teeth from all angles and talk about how sharp they are. Your mouth is very sexy!!! Then show your sharp incisors and pointed canines to the impudent gummy bears and let them touch and feel the sharpness of your teeth before you bite them really sharp and painfully :)"

Weronika and Klaudia are in bed. They will put their feet to each other face and rub them. This clip was made on special request - you can also send me your scenario 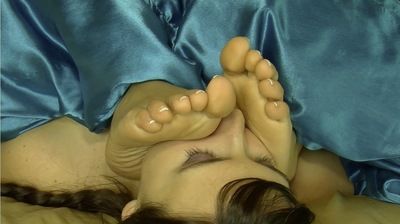 Our Supreme Leader Miss Kimmy sends one of Her slaves to the beautiful & popular Ms. Milano so that Miss Kimmy can profit off this clip.Ms. Milano kicks back while Her ugg boots are removed & instructs slave how to properly lick Her stinky socks & Her bare feet; from licking in between Her toes to properly cleaning Her sweaty soles.*Wish to contact Ms. Milano? Want to massage Her feet in private or on cam? Forward us your email confirmation of purchase for this clip & receive Ms. Milano's personal email*

Hello, my little lecher! ;) Here you will see what you will never own! You will be surprised, I'm sure *g* But don't let us waste any more time and start watching the clip to find out what you will be longing for...!

One of Katelyn's newer slaves has been on fantastic behavior because it's his dream to get eaten alive by Katelyn, and he'll do anything to make that come true. Katelyn has deep admiration for how well he's been doing and as much as she'd love to keep this amazing slave around, she feels that he's beyond earned his fantasy to become true with her. And guess what? Today's the day she's decided to make it happen!She opens the little fairy jewelry box that she's been keeping him in and tells him the fantastic news. Cutting straight to it, Katelyn starts off by showing off to him her sexy belly that he adores so much. She lifts her shirt up, skin glowing, places him inside her navel and rocks her hips back and forth while talking about what will happen to him when he's inside and how much she wants him. She can't take it any more- she needs to feel him inside!Katelyn brings him up to her mouth and uses her lips and tongue to explore his tiny little size and shape. She licks him, describes his taste, and rubs him on her lips before dropping him inside. She asks if he's sure he wants this because now's his last chance to back out or save it for later. He wants it so in he goes!She extends the length of her tongue out and turns the tip up, carefully wiggling it left to right to allow him to get used to her big wet cavern of a mouth. She wants to feel him struggle against all area of her mouth so now she gets into it even more! She moves his shrunken size cheek to cheek, licks him around on her lips, drags him along the roof of her mouth, traps him under her tongue, and warns that once she swallows him there's no chance for survival. Even if she barfs him out the acids will be much to strong for him.She extends her tongue again. You can see the excitement in the movements of her mouth. Her mouth WANTS him! She salivates for him! With her fingers she holds him in front of her lips for a moment and blows on him as she doesn't want him to drown in her saliva before getting swallowed! Within seconds she places him in her tongue and uses her teeth to inch him closer to her wide open throat. She can feel him stuck in her throat so she gulps to suck him down.She can feel him kicking and struggling! He must be swimming as fast as he possibly can because she can feel him traveling ever so fast through her digestive system. She traces his path and lifts her shirt up to rub her belly. Once he reaches her intestines she can't feel him any more, she doesn't know if he's still alive or not, all she does know is that he's living his fantasy and she's gotten quite the satisfaction out of making it happen for him!

July calls for her slave. She desperately needs a comfy place to sit down on. That?s why she orders the slave to lie down and uses his face as a perfect makeup stool. She stays on his face determined and finalizes her makeup. He?s a pretty good seat after all.

you are in the right place,at the right time..Fallow Me into a deep state of brainfuck..your subconscious mind is now becoming fully aware of the infinite abundance of excellent opportunities to enoy epic wealth within all areas of you life....Quit your mind ..to open your mind..Relax and go into deep state of brainfuck for me....I will bring you into a deep brainwash seduction, ''clean your brain'', give you a new identity.Forget the past Im your FUTURE

Here's the Best Part of this Incredible Clip with Paradise Krystal! After that Sensual Massage from Krystal on her Foot Bitch, she's now expecting something in change! She makes him take off her Sweaty Socks with his teeth then starts to smother his face with her Stinky Bare Feet! Krystal sits on her Foot Bitch to make sure there's No Way to Escape because her Feet were Very Stinky! She smothers his face with them and commands him to Lick and Suck her toes like a Lolipop! What a True Goddess you are Krystal! You'll Luv this Clip!

I bought some new shorts, I love wearing short denim shorts. You can be between my legs when I'm wearing shorts or enjoy the view from behind

Sis humiliating slave by their socks. They give them to him for sniffing. 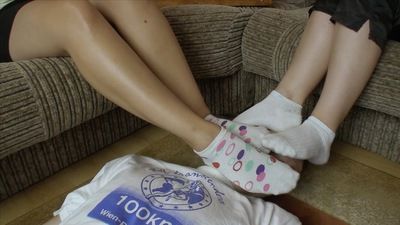 Girls are washing their hair. They are doing much foam. 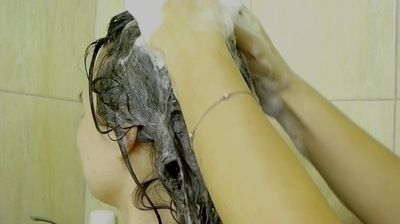