Mistress Natalia buys new heavy boots. She already walks on street and now comes home and want to trample Alex with them. Soles are very rough and make alot of pain to the slave. Mistress Natalia stay on Alex's chest and belly with her full weight (70kg / 154lbs). She also stand only on one foot. Mistress Natalia also press Alex's face with dirty rough soles of the boots. She loves dominate her slave with her weight.

Get Down on the floor where U Belong!.. I'm going to treat you like the WORTHLESS BITCH that You Are.. I'm Going to Show U What I REALLY Think of YOU!.. Open up your mouth & take my SPIT B4 I kick You in the nuts.. Then I'm going to kick you in the face & REALLY Fuck You UP! HA HA

Shanya and Brooke go and settle some differences on the mat. Brooke is dressed in a leopard thong, and is looking sexy as hell. Shanya was not ready for what Brooke had in store for her. Brooke wore the talented Shanya down using sweet forward and reverse facesits, neck crushing head scissors, and her famous splits facesit. By the end shanya was weak, beaten and after some taunting by both girls, Brooke rode Shanya's face literally into submission.

Sparkle is back again!! All new clips from probably our hottest new sensation!! Enjoy more of what you loved in her debut ? Up close farts, sharts, and more!! She was on her period and had some real heavy logs to drop!! No Sophomore slump here ? just Sophomore Dumps!! Enjoy four great clips of peeing, pooting, sharting, and old fashioned shitting!! This cutie plops that ass right in your face and goes to work!! She even gives a little topless action as well!!!

Chadam was in the basement reading the paper when Shanya decided to sneak downstairs. As Shanya tip toed towards Chadam she grabbed him from behind and got him in a rear naked choke. Chadam struggled fiercely, but was choked then thrown to the carpet. From there Shanya was unbelievably brutal towards him. Trapped in her viciously strong thighs, chadams face literally turns purple. Shanya also used forward and reverse facesits on him literally trying to make chadam go to sleep from the lack of air. By the end her thong engulfed ass had him begging for her to stop!

Mistress Kitty get her high heeled shoes licked clean while she crush the hand of her slave, she stomps his hands, crush it hardly and torture it with her heels, she then crush his tongue between her shoes's soles and her heel.

My g/f Alyse has had a really bad day.. So I invite her over & give her the use of 1 of my slaves to kick as HARD as she wants & for as long as she wants to.. I even soften up his nuts for her 1st.. & kick 'em REALLY HARD!.. & Alyse is so excited too.. She can't wait to kick this BITCH in the nuts!.. ha ha.. On ur knees bitch! Alyse yells.. & I hold his leash as Alyse kicks him in the nuts as HARD as she possibly can - over & over again.. & then to finish off the FREAK.. Alyse puts him down on the floor for the rest of the nite by kicking a field goal with his nuts.. TOUCH DOWN! Alyse yells!.. Like she's trying to put 1 right over the goal post. ha ha

Do you like seeing two young, luscious girls destroy a poor male victim? Dressed alike wearing tight red tops and skimpy pink shorts, they look so innocent but don't let their looks fool you. They giggle like schoolgirls and they twist and turn his arms and legs in every position possible. He has to tap out several times for a chance to recover but this terrible twosome keeps the heat on as the onslaught gets more rough each round. They take turns applying neck, head, and body scizzors until his eyes look like their about to pop out of his head! How he does not pass out we have yet to figure out but he may need a week to recover.. The action is truly relentless throughout as the vixens show no mercy while attempting to turn him into a human pretzel. This is a must see!!

Open your slave mouth, bitch! And then start licking the heels of my shoes, until they are clean! And of course you have to pay MUCH to be allowed to do so...!!! :-D

Layla Moore has constipation. Her friend had tweeted about the great service she got from The Analist and his ASSistant when she was constipated. Layla calls for a house call and the ASSistant arrives quickly. He lubes up his gloved hands with SPUNK Lube and gives Layla a very thorough digital rectal exam. Layla is both aroused and discomforted by her arousal from the ASSistant's four finger exam (or is it anal finger fucking in disguise). After the probing around, Layla poops a nice load, but there's more shit left inside. The ASSistant administers several quarts of a water enema. Each penetrates further and when she expels the enema quite a lot of shit comes out as well. Finally, Layla thinks she has finally cleaned her entire colon.

A little something new From Alphas own home collection. This is a blast from the past from last year when she was pregnant. Alpha sent me this jewel from her pregnancy times a few days before going into labor. Her boyfriend decided to setup a hidden camera to record one of their sexual adventures. You know they say its quite healthy for the mother to have sex during preganancy and clearly she got that memo as well!! The camera was well hidden as she even answers a call on her cellphone that was actually located RIGHT NEXT to the camera!!! Great voyerur action from our newest star as she fucks and gets titty fucked real good!!

This is another new match up between the beautiful tatiana and mia! the battle rages on between these two.. lots of forward and reverse facesitting, breast smothering, head scissors. this is one vicious match up. how much punishment can these girls take? check out this video to see who will come out on top and be victorious!

Watch Lady Yvonne in her bathroom, till she noticed, that you secret adoring her. She commands you to crawl naked on your knees to her. You will receive her golden shower from a glass and have to drink it, while watching her bathing, smoking a big cigar and much more... 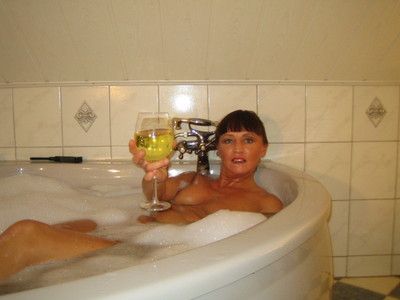 Emma the goddess of facesitting and smothering is ready to bring it to chadam with her viciousness and ruthless tactics. Emma slams chadam down to the mats, secures his arms, and begins her facesitting delight. The goddess of pain really smothers the life from chadam, when he taps, she barely lets him breath, and slams back down onto his face. Chadam struggles beneath her and manages to break free, only to find himself trapped in her vice like grip with her legs, squeezing so hard his face turns beat red, making him tap out continuously. She decided to really bring it to him with reverse facesits, ramming her ass down hard onto his face, then ending his humiliation with a superb forward facesit as she stays on his face intil the camera fads out.

This is the first ever clip that Krista and Emma did together. Both girls were testing the waters, and Krista held nothing back. She has alot of grappling experience and it shows in this clip. She easily tosses Emma around, wraps her up and takes complete control of her through most of this clip. Emma seemed somewhat dazed as she was trapped in rear naked chokes, Krista's guard, and when Krista finished Emma off with a perfect facesit, having Emma lay there admitting defeat.

My bitch gets her daily bowl full of my blond nectar, and is so happy that laughs and jokes. She begins to lick and drink my pee, then I immerse my feet in the bowl in order to do them licked and sucked by her. After that, though, she will have to drink all that remains in the bowl, even at the cost of vomit. I, meanwhile, I enjoy the show... 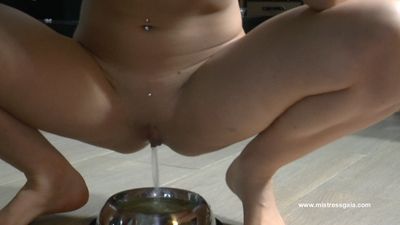