You'll find yourself asking one question when you watch this - will there be anything left of his cock & balls when they're through? Megan & Xana are a couple of beautiful girls - goddesses actually, that are absolutely incredible at completely destroying a man's scrotum beyond repair. They love doing it! Both goddesses are wearing some sexy workout clothes & their sweaty smelly sneakers that they wear to exercise at the gym. They both workout 4-5 times a week in these sneakers & their gym shoes stink! Such beautiful goddesses - such stinky feet! These two could make any man blow his load just by making him sniff their smelly sneakers! They're both pumping the life out of Joe's cock & balls - causing serious damage to his scrotum. Xana crushes his nuts with her sexy gym shoes while Megan makes him inhale the stink from her sweaty smelly socks & sneakers. The girls trade positions & Megan pulverizes his testicles while Xana mashes his cock to a pulp. Megan actually leaves foot prints from the tread of her shoes on his balls! Xana orders him to sniff her gym shoe & uses it to beat his cock! 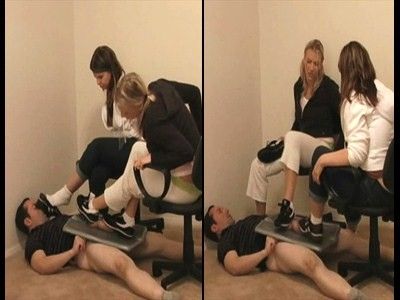 My little slave girl Alice must be able to blow cocks properly. But one doesn?t always need a real one for that. So I put on my strap-on and let my hot bitch blow and suck it properly. She already does a pretty good job, doesn?t she! 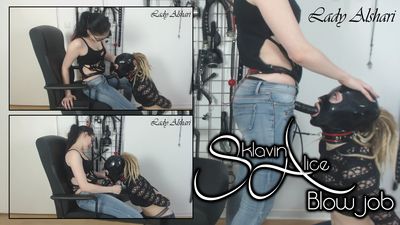 I have something special in store for you, slave! I'm tired of always seeing you in the same drab clothes! You adore me, don't you? You do everything for me, and from now on you will learn to dress like a woman, including make-up and everything. I will make a sissy out of you. You'll be my little sissy! And then you will go and earn money for me - as a hooker!

Cindy tells you about her shopping day with a friend. They used your debit card to pay the bills, but suddenly your card limit was reached and the girls had to stop their tour - too bad! You're worth even less than your empty debit card now.. how'd you just be so chintzy and careless?! Don't wonder if they'll cut your card now, because it's useless by now!

40344 - Expressing a runny nose with a vacuum cleaner

I discovered something amazing. Now here is very cold and the last few days I have a cold. I have a very disruptive runny nose. I still have a stuffy nose and I can not breathe. I decided to remove the nose using a special device that must be connected to a vacuum cleaner. This is awesome. See how the vacuum cleaner sucks my runny nose. It is very strong. It feels very much like a vacuum cleaner cleans my nose. See also the yellow bullfinches nose ... Ohhh I can now breathe!

My black nylons turn you on? Haha you loser will be willingly when you see my red toenails gleaming through the black nylons? I hope so, otherwise you are wrong with me . The only thing I really need are my Feetslaves that are weak at the sight of my divine feet . I'll show you with the whip and my red fingernails where you have to lick all over!

Danni's on the phone with her boyfriend and rubbing her pussy through her diaper. They are discussing him coming over later and he wants to try something new: anal! Danni's pretty into it, but then he tells her that she should give herself an enema before they try it. Danni doesn't have one, but he tells her how to make one with the shower hose. Danni's a bit shocked, but she thinks she can give it a try. Standing up, she lets a nice big flood of piss flow out into her diaper. You can see the diaper filling up with her giant gush of piss! With a flooded diaper, she sits down at her computer to look up how to make an enema. She reads all about it and the idea kinda starts to turn her on. She rubs her pussy absently through her crinkly diaper as she reads. When she thinks she knows what to do she takes off her diaper and walks into the bathroom. She unscrews the shower head, turns on the tap and gets the stream of water just right - nice and gentle and warm. She takes the hose and slides the head into her tight little ass, feeling the warm water shoot up inside her. It feels really good! Mmmm, Danni really loves the way it feels as her ass fills up with the warm water. Holding the water inside herself, she goes back out and finds a fresh new diaper to put on. The feeling of her full belly and ass is so intense! It's almost too much! She gets the diaper on and heads back itno the bathroom, determined to hold it in as long as she can, feeling very turned on my the intensity of the feeling. Finally She cant hold on a seconf longer. She turns around and you can see the mess staining the diaper as she relaxes and it fills up. You can even hear the hiss as it rushes of her little asshole and splashes itno the already very full diaper. There's so much that is stats to overflow and soon the back of the diaper is covered with messy drops!As more and more of the mess floods out, the diaper gets heavier and more bulging. Danni starts to rub her pussy through the saggy, filthy diaper. Being so dirty is making her feel so horny! She undoes the tapes of her totally filled diaper, then lets it drop into the floor of the shower. She gives you a peek at the huge mess inside! How did all that fit inside her diaper? 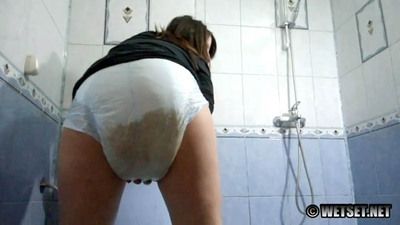 Below the bright blue-jeans hot-pants Denise is wearing a black thong. She knows that you really love to glance at it and so she shows you her ass from lots of different angles and raises her thong a little bit out of her hot pants just for you!

You can't stop staring at my sexy legs & high heel shoes.. You'd do anything to get close to my pretty feet. You imagine how they must smell & dream about worshipping them.. You brought me this apple.. But I think your pathetic. I just step on it & crush it right in front of you & now the whole entire class will know just how pathetic you really are & their ALL going to laugh at you from now on.. HA HA

My slave order for this week is very extreme and of course a pervert! You get the job, something to do for me and this time: Outdoor! Your mistress is very excited if you aufbringst the courage. As always, I wish for a photo or video evidence from you, so that I can check if YOU have done my duty to my satisfaction! 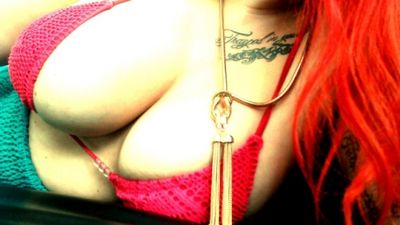 Toilet boy is back and is ready to drink golden juice and eat "brownies" from any woman who sit on the toilet and deposits! He waits patiently for them to come! Today he gets a very slimy and soft shit!!!

One day the guy thought that called a prostitute. But he treated her badly. The lady became furius because she was enough of idiots who don't pay. So she decided to plays with him and teaches him a lesson.After the face slapping the Lady decided to humiliate the guy more. She makes him kiss and lick her dirty boots and she enjoy it so much.

My feet are killing me today by almost! Throughout the day they are plugged in tight leather pumps. My skin colored tights and smells already accordingly. Now I have taken off my heels and want my sexy feet highland only. Where's my dirty Corporal who selflessly take care of my feet. The best day and night!

Candice comes back from a long day at work, and after standing on her feet for 12 hours straight, she needs someone like you to rub her feet. She take off her boots to show you how dirty and sweaty her socks are before removing them and ordering you to worship her stinky barefeet.Candice speaks French in this video

Mistress Francesca and her own slave, Jessica living together.Â  They live in every day life, but when it comes to friday night, the Mistress of the house all the doors closed and commands to Jessica to go small, dim loft. In this case Jessica knows that accountability for her crimes of the last week.This friday as punishment for her Mistress clamps to fix the inner thighs and her breasts, hot wax drip on her body, then step up to her fears, her eyes covered with a long black ribbon.Jessica's eyes are bound to get some great hits in the ass and tight ropes on her breasts and skinny young body.

I can't believe how easily turned on you are by my feet... You dirty foot freak. Feeling a tingle in your boy shorts as you see my bare feet pointing at you? Wishing you were on your hands and knees like a little just licking away at all my toe fluff and sweat?There is power in even my little pinky toe where you are concerned. Silly little foot freak!

In one of my previous clips I announced that maybe some of my best slave will get the honor to aply for some of my worn out panties. As a result, some loser offerd me 1200 Euro for this clip and the panties I wore. I don`t want to imagine this ugly, fat, hairy loser grabbing his disgusting fingers into my soft, silky panties which are soaked with my divine fragrence, so the price is fully justified. I am sure that after watching this clip his addiction will increase immeasurably. Slowly the camera pans along my gorgeous body and gives you the opportunity to admire the most adorable parts. Diabolical words spoken by my sweet mouth poisoning your mind until you become a drooling wreck. After you have seen this clip, your urge to own one of my worn panites will overpower you completely.