In this clip Mistress Alexis decides to relax and watch some tv, but only while smothering her slave. She first sits full weight on his face in her shorts, then in her thong. The Slave is just lying down helplessly under his beautiful mistress's ass, whose only job is to do nothing but be her personal furniture. She doesn't even show him any attention as he is being ignored the entire time. Watch as Mistress Alexis relaxes while smothering her pathetic slaves face.*filmed in 2 different angles*twitter: sadistic416New videos every week!

In this video, Alice feeds her lesbian friends Yana and Karolina shit, and then with the help of a rubber member fucks Yana and Karolina in turn in the mouth . From the mouths of Yana and Caroline, shit comes out along with drool , the girls almost vomit from how Alice fucks them in a mouth full of shit with a rubber dick . Let me tell you more about what you will see in this video . Alice suggested to her lesbian friends to arrange a show for you , in which the girls first take turns to shit and piss in a plate , and then Alice will feed her friends shit with a regular spoon . Yana and Karolina agreed without hesitation . And so the first one who filled the plate with shit and urine was Alice, Alice turned her ass to the video camera, lifted the hem of her dress , squatted down and began to fill the plate with shit and urine that was on the floor . After filling the plate with shit and urine, Alice takes it in her hands and brings the plate with shit and urine to Yana's ass . Meanwhile, Yana gets up with cancer, lifts her skirt, exposing her ass and also shits and pisses in a plate . After filling the plate with shit and urine, Yana remains standing with cancer with a bare ass , and Alice transfers the plate to Caroline standing with cancer with a bare ass . Karolina, like Yana, fills a plate with shit and urine . After filling a plate with Caroline's shit and urine , Alice shows you her, a large amount of shit and urine on the plate . Then Alice puts her on the floor, picks up a spoon and starts feeding the shit with urine first to Caroline, and then to Yana . After filling their mouths with the girls ' shit, Yana and Karolina first chew the shit , but it's not enough for Alice . Alice picks up a rubber cock and inserts it into Caroline's mouthful of shit and starts fucking Caroline in her mouth . Caroline almost threw up, but Alice does not stop and continues to have Caroline in her mouth . After fucking Caroline in her mouth, Alice pulls the rubber cock out of Caroline's mouth and Caroline spits out the shit along with the drool . Then Alice picks up the shit spoon again and feeds Caroline the shit again . While Caroline is chewing shit, Alice turns her attention to Yana , and Alice also fucks Yana in the mouth with a rubber dick until Yana almost vomits from fucking in a mouthful of shit . Alice pulls the rubber cock out of Yana's mouth just as she did with Caroline, and Yana spits out the shit along with her saliva . Throughout the video, Alice feeds her lesbian friends Yana and Karolina shit, and then fucks her friends almost to vomiting with a rubber cock in her mouth . The mouths of the girls are all covered in shit and saliva but Alice and this is not enough, Alice exposes for you the tits of the toilet slaves Yana and Caroline so that the girls spit shit with saliva on their naked breasts , and so that the shit slides and leaves brown marks on the tits of the toilet slaves . Here is a show arranged for you by Alice Karolina and Yana . 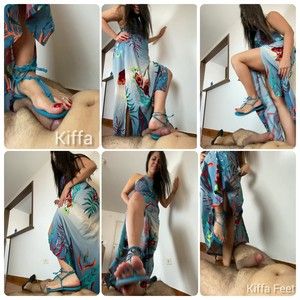 I'll meet my slave tomorrow - but I'll start preparing already today! I put little croissants into my nylon socks and then put them back on for the day. I'll walk in these nylons and boots all day long and not only flatten the croissants, but also soak them with my foot sweat! At home, I've some garden work to do - and I'll just keep on the socks with the croissants inside - they'll get even more ripe in my stinky jogging shoes as I work in the garden. Next morning, I put on my ankle boots and I've another busy day ahead of me before I finally meet the slave in the evening. He's disgusted when I take off my boots and reveal my moist, sweaty and stinky nylons with the croissants inside, but I'll make him eat every little bit of the sweat-soaked croissants! I show him the imprints the ball of my foot and my toes left in the croissants before I feed the croissants to him - with my feet as well! And afterwards, he'll lick my bare feet until all the foot sweat is gone as well!

What is better than solo facesitting? Even better than double-domme facesitting?! Facesitting with THREE dominant ladies! Together, my friends Miss Kasha, Lady Alice and I use our slave as a living seat cushion. Triple-domme! In tight latex and wetlook leggings, we use the loser as a human chair. Such an honor for the slave to be so close to our asses, isn't it... would you like to be our facesitting slave too and have three dominant ladies controlling you?!

Finally it has been snowing and this snow needs to be tested... on Pete.With black gloves i cover him with ice and trample on him with my winter boots.I crush the snow and leave some shoe prints. Playing in the now is fun, isn't it?

ITALIAN LANGUAGEThis slave with all these spots reminds me of a cow. That's how I baptized him. A cow in heat. Tied to the bed, with his ass already filled with a plug, he waits for me to open it well with my hands. I put on my gloves and walk over. I touch his cock, that wears a strap, to make him feel even more mine. He is drooling with pleasure. Slowly I pull out the plug. This bitch is full of hemorrhoids! This bothers me and so I start to penetrate him with my fingers. I want to break it! I get to the punch and I fuck it like that. Then I step to four fingers and then continue with the fist. The cowhide has the sore ass! I go on until he is exhausted and I am satisfied. I give him a spit and walk away, telling him I'm going to examine his mouth to see if it's wider...

You will never get enough of the sight of my feet. You need all my foot clips to lose in it.You are devoted to It!My feet are your passion!

Come on, faggot, substitute your dirty ass out. I'm going fuck you now. How much shit coming out of your dirty ass, need shove it back in. I love using shit instead of lube. I'll take a bigger and longer cock and fuck you hard. Rejoice, today your ass has a holiday

18605 - Training the slave's breath by facesitting

I've thought of a little challenge for the slave - I'll sit down on his face and smother him under my ass - and stop the time how long he can last! And obviously I don't want to make it too easy for him and therefore I put on my tight hard jeans for this test. My ass flattens his nose and completely prevents him from breathing when I sit down on his face with my full weight - and then we'll try to increase the time! To be a comfortable seat for his mistress, he'll have to endure longer than just 30 seconds ... and I'll train him to hold his breath way longer! I don't care how much he struggles, whines and begs ... he'll endure it as long as I want to!

In this clip Mistress Alexis has her slave saran wrapped so he doesn't move or disturb her while she has some sadistic fun. A pair of shoes and boots are displayed in front of the viewers. She begins trampling her pathetic slave in her sweaty socks, while listening and dancing to music. The slave is withstanding her full weight pretty well, but not for too long. After a few minutes, Mistress Alexis switches from her socks to her UGG Boots. She begins trampling, walking and dancing all over her slave in her boots, stepping everywhere on his body to his FACE. After another few minutes, she changes into her sweet pink runners. Once again she continues trampling and dancing on her slave, and he starts making noises because its starting to get real painful. But NO FUCKS are given because Mistress Alexis continues stomping and walking all over his face before she changes into her half-heel boots. In her boots she's hurting this slave all over as he's making loud noises annoying her and not shutting up. After a few more minutes we hit the finale, when Mistress Alexis puts on her SHARP HEEL BOOTS. The slave gets very nervous because he is blindfolded and at any moment will feel sharp pointy heels dread on his flesh.Mistress Alexis steps on his stomach full weight in her HEEL BOOTS, and continues what she's been doing all clip: stomping and extremely trampling her stupid slave. She's standing FULL WEIGHT in her boots and the slave can be heard very loudly crying and whimpering like a LITTLE BITCH. but guess what? Mistress Alexis GIVES ABSOLUTELY ZERO FUCKS. She continues walking and dancing all over him while HES CRYING VERY LOUD, and he can not take her off nor escape because he is SARAN WRAPPED so he has no choice but to take the cruel sadistic punishment Mistress Alexis is inflicting upon him. Enjoy ;)

Mistress Roxana wants to see her female slave suffer and will take her breath away to do so - with her ass! She bends over her and pushes the arms of the female slave far upwards. She then sits down with her hot thong ass in the middle of her slave's face and squeezes the air out of her in the process. This little game pleases Mistress Roxana so much that she can't stop, no matter how much her female slave suffers beneeath her ass... and that's exactly what she wants to see from her!

You'll need a ruler and a tape measure for this video. Because after I've told you what sizes I find acceptable on a real man, you'll measure yourself - and the smaller your dick is and the fatter you are - the more you'll pay! Because let's face it - is doesn't get more useless for a beautiful woman than being a fat man and having a small dick! At least you can be of some use - until you're also broke! I hope you already accepted your place as a paying servant, because you'll never be more than that for me!

Mistress Jane and Queen Hanna take the slave's breath away! They press their hands over his face and prevent him from getting oxygen. He is completely helpless and cannot defend himself against the actions of the mistresses. The mistresses have already bound him and let him spend the whole night tied up at the table. The slave is completely tired and exhausted and now must also learn to get along with the smallest air reserve...

I love rope on my body, it's a very powerful feeling. It turns me into submission and suddenly I become your toy to play with... do not be gentle please. 8K FUHD Remastered edition - 8K is a resource-hungry format, please make sure your device is capable of playback, before purchasing. This clip is also available in 4k. 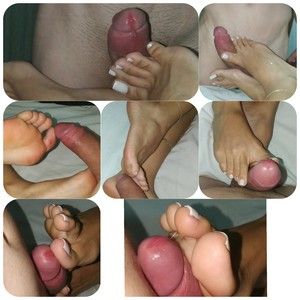